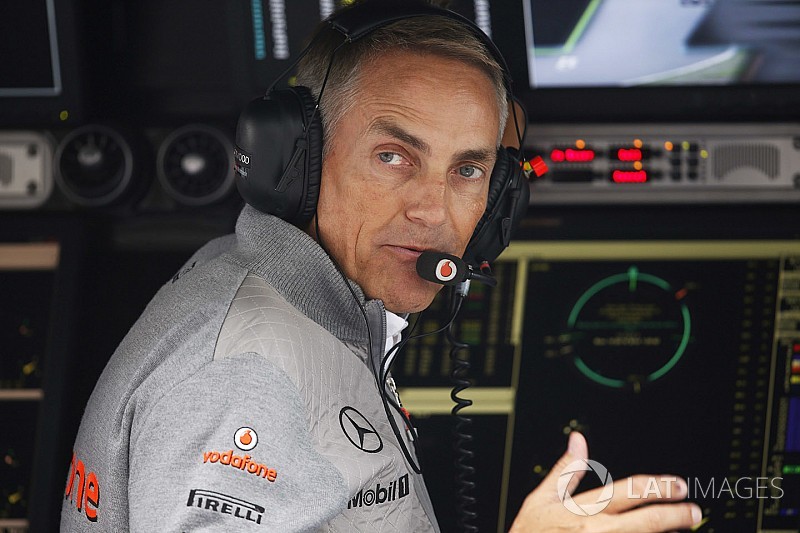 McLaren has dismissed criticism from Martin Whitmarsh as “ill-judged and ill-informed” after the Formula 1 team’s former boss suggested it needed to axe senior personnel to revive its fortunes.

Last weekend Whitmarsh, who worked for McLaren from 1989 to 2014 and rose to the role of team principal in that time, was quoted by the Mail on Sunday declaring the British team needed “a big change of approach”.

He said there is “too much politics between the main figures” and that “a number of them have to go”.

In response to a query from Sky Sports F1 about those comments, a McLaren spokesperson said: “Martin worked for McLaren for many years, but has been outside the business for some time and is not part of our future.

“Everyone at McLaren is working tremendously hard and is focused on the future, not the past.”

Whitmarsh’s comments came after being “pitched over the edge” by McLaren’s decision to dismiss its former technical director Tim Goss earlier this year.

McLaren has not scored a podium since the 2014 Australian GP, a few months before Whitmarsh formally parted company with the team but after he had been removed as team principal.

Whitmarsh said McLaren’s situation left him feeling “desperately sad” and claimed he even “piled in a bit” when expressing his concerns to friend and McLaren shareholder Mansour Ojjeh at this year’s Spanish GP.

He claimed that “I wouldn’t turn them away” if McLaren approached him for support.

Fifth in the constructors’ championship

McLaren expected a much stronger 2018 season after finally splitting from Honda after three difficult years, but has failed to find swift success with Renault.  In April, it announced that executive director Zak Brown would become the F1 team’s new chief executive officer, with Eric Boullier remaining McLaren’s F1 racing director.

McLaren is fifth in the constructors’ championship with 40 points after seven races, having scored zero points at this stage a year ago at the beginning of its appalling final season with Honda.

However, it is far from the performance level of fellow Renault customer Red Bull, which has won two races, and is also 16 points behind the French manufacturer’s works team in the championship.

Speaking ahead of this weekend’s French GP, Boullier said: “Our focus must first and foremost be on reliability after our recent spate of retirements.

“We’ve worked hard to understand our performance issues in Canada and hope that in France we can put in a more representative showing on track.”