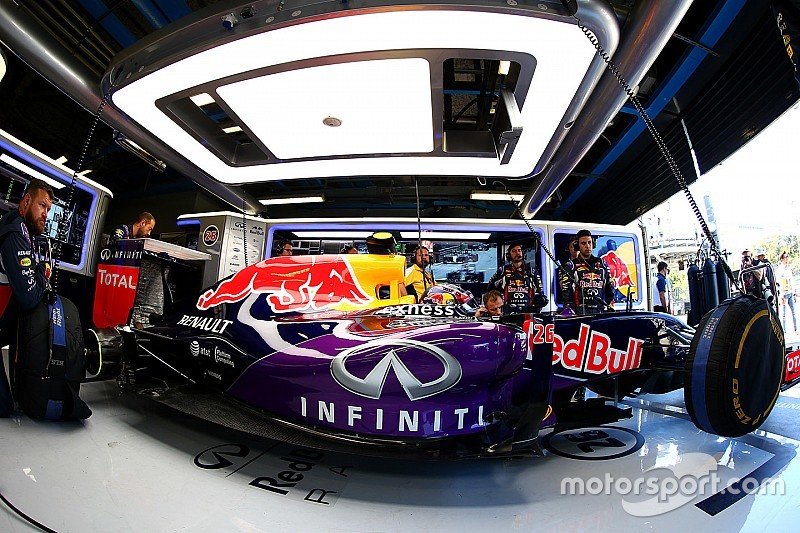 Red Bull Racing's future plans could be impacted by the prospect of losing title sponsor Infiniti to a Renault works team, a move that would cost the team some significant outside funding.

Red Bull has a contract with Infiniti that runs to 2016, and which in theory is independent of the Renault engine deal, in that the team is not actually obliged to use Renault engines.

A Red Bull insider insisted that the contract is solid.

However, other sources have indicated that in fact the contract states that if Red Bull does not use Renault power units then Infiniti is not obliged to stay on should it not wish to do so.

In other words, Infiniti has a get-out clause which would allow it to leave if Red Bull changes engine supply.

In the past Infiniti insiders indicated that they would rather actually be aligned with Mercedes engines at Red Bull, since Renault is regarded as a mainstream manufacturer, whereas Mercedes is a premium brand.

Infiniti and Mercedes are already partners in road car projects, such as engine supply.

However, Infiniti's management has changed since the Red Bull deal was first done, and sympathies now lie more with Renault.

Sources suggest that Carlos Ghosn could insist that Infiniti leaves Red Bull and instead contributes its funding to a Renault works team, thus keeping the sponsorship deal within the Renault Alliance family.

In addition it would much harder to make a Red Bull/Ferrari deal work with Infiniti branding than Red Bull/Mercedes, given that the latter is now looking less likely to happen.

Aside from commercial considerations there is also the simple fact that the Red Bull/Renault divorce is likely to be so messy that no Renault Alliance company could be seen to maintain links with the team.

If Infiniti does defect it could leave a huge hole in Red Bull's budget, especially given that Total would automatically follow Renault anyway.

Although the team receives substantial funding from its owners and FOM, the loss of the outside sponsorship would still be a huge blow.