Renault software fix was "one line of code" - Abiteboul 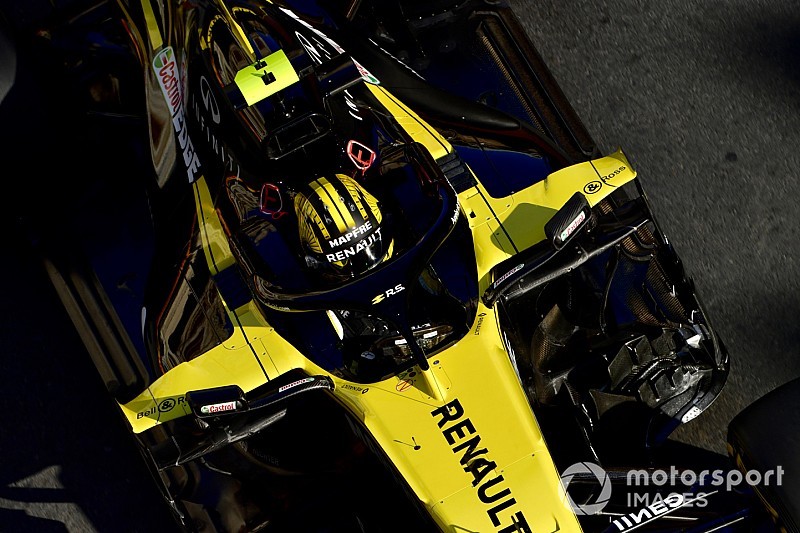 Renault Formula 1 team boss Cyril Abiteboul is confident that a "very simple" software fix will have addressed the issue that had ruled Nico Hulkenberg out of the Chinese Grand Prix.

The German was forced to retire from the Shanghai race after suffering from a software glitch related to the change to a new-spec MGU-K, which was fast-tracked through following the problems suffered by McLaren’s Carlos Sainz in Australia, and then by both Hulkenberg and his teammate Daniel Ricciardo in Bahrain.

A software issue that the team didn’t catch during the transition to the upgraded spec caught Hulkenberg out in China, and despite attempting a reset from the cockpit, he had no choice but to stop. A fix has been put in place for Azerbaijan.

“We have a very simple change in one line of code, and hopefully that will have sorted the problem we had in Shanghai,” Abiteboul told Motorsport.com. “We hope not to see any new problems at this race.

“Basically it’s a default mode that can be triggered. It’s an infinite loop, like sometimes on your laptop, when you see the task manager consuming 98% of the whole CPU. It’s exactly what happened, it’s an open loop and the system was trying to go through that open loop and go through a new process lap after lap, because of the default mode.

“We tried to reset it, but we just needed to do a power cycle in the garage, and it was back online. It’s not something you can do on track.”

Abiteboul said that the glitch slipped through the net because of the workload involved in rushing the new-spec MGU-K to the track after Sainz’s Melbourne failure.

“I was confident that we brought the right fixes, and it’s true, we haven’t had any hardware failure related to the one we had in Melbourne and thereafter in Bahrain.

“It’s a challenge that everyone is facing, but it’s a challenge. We did 95% of what needed to be done, we had to fast-track some of those different steps, and by doing that there was a gap in the software side of things, and that’s what hurt Nico.

Abiteboul pointed Renault has secured only two top-10 finishes thus far in 2019 – both seventh places – and yet the team is still fourth in the world championship.

“It was good to have Daniel where we think that we need to be at this point in the season in terms of competitiveness in China.

“Now I’d like to have a clean weekend with the two cars scoring points. We are P4 just with two cars having been able to complete the race, so it just says something about our competitiveness in that group, but obviously we want to do better than that.”

Why Ferrari had an unusual advantage in Baku