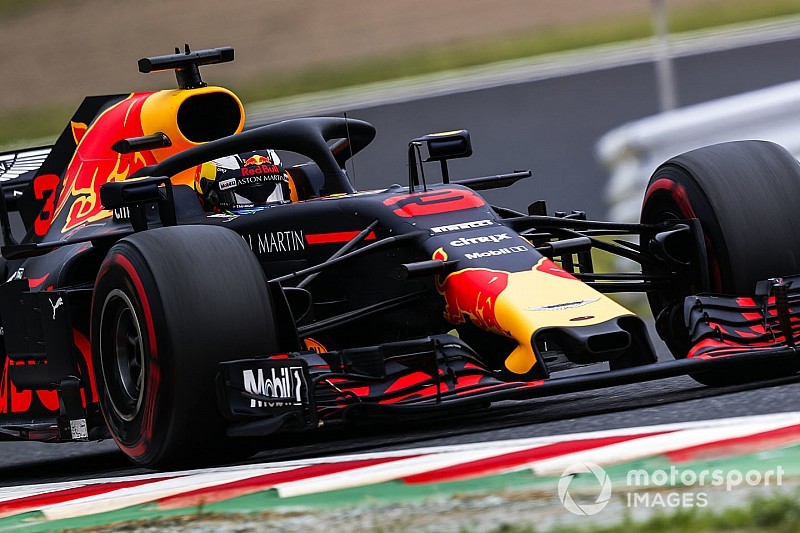 Having got through Q1 in eighth place, Ricciardo suffered a throttle actuator failure early in Q2 without setting a laptime, and he will thus start 15th.

The team is allowed by the FIA to change the part under parc ferme conditions without a further penalty.

The frustration for both the Australian and his team is that he took power unit grid penalties and started from the back in both Monza and Sochi in an attempt to ensure an untroubled run to the end of the season.

Horner made clear his annoyance with another Renault issue hampering the team's progress.

"I'm gutted for Daniel really," Horner said. "No fault of his own, it looks like a throttle actuator on the engine side has cost him.

"He's obviously bitterly disappointed. It's something that shouldn't happen at this level."

Renault says that the part that broke had not given trouble before, and that its design has remained the same all season, through the A, B and C specs, and thus the failure was not related to the recent upgrade.

"We haven't seen any major problem with that in the past," Renault Sport boss Cyril Abiteboul told Motorsport.com.

Asked if he expected to have a chat with Horner about the failure, he said: "No, no discussions any more. Acts."

Ricciardo admitted that his problem was made even more painful by the fact that Suzuka is a track on which it is hard to pass.

"I'll have better pace than the cars around me, but I'm not going to be driving by them easily. I'd love to say I am, but I think realistically it's still going to be a pretty long old race.