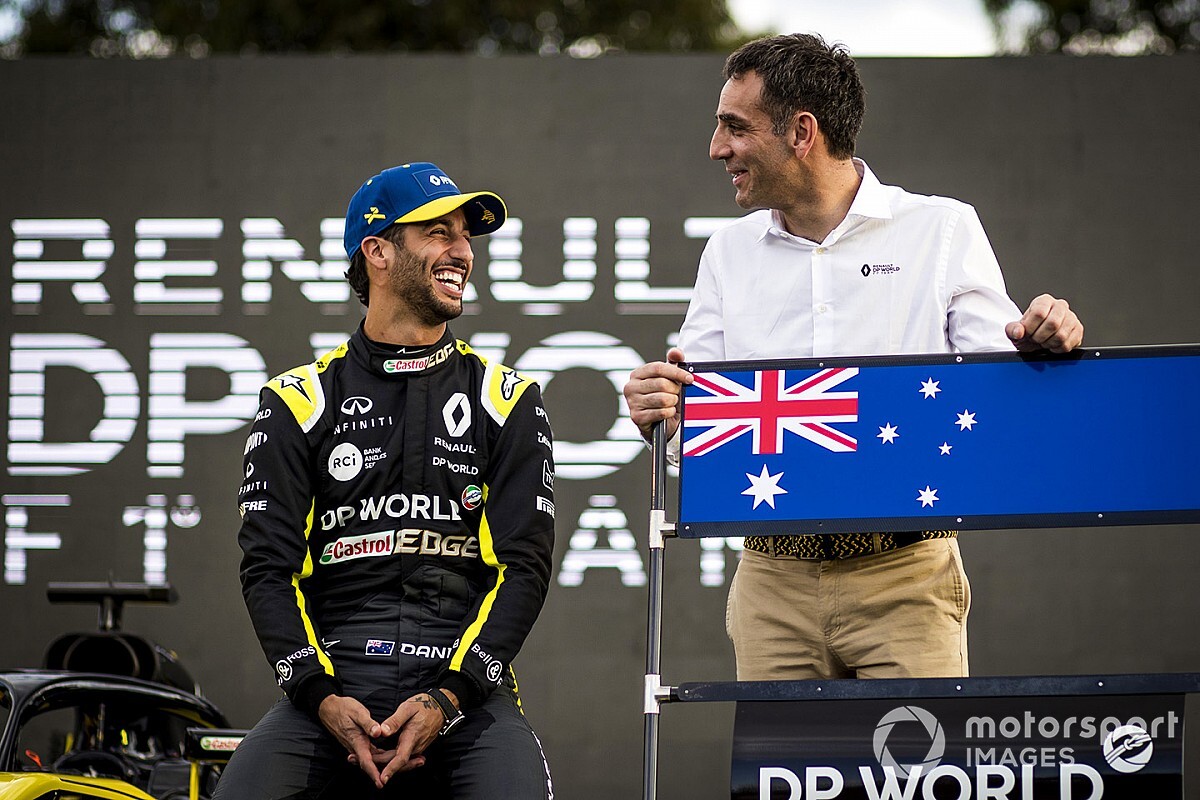 Daniel Ricciardo has explained the details of his bet with Renault Formula 1 boss Cyril Abiteboul, getting matching tattoos if he scores a podium finish.

Ricciardo joined Renault from Red Bull for the 2019 season, but is yet to add to finish a race any higher than fourth for the team.

The Australian matched his best result in Renault colours at the British Grand Prix, and joked over team radio to team principals Abiteboul that he was just one position away from them honouring their bet.

Ricciardo has since revealed they have an agreement to get matching tattoos if he manages to finish on the podium for Renault, which he will leave at the end of the season to join McLaren.

“That’s the bet. I believe he choses placement and size, but I choose the design,” Ricciardo said.

“But we’ll clear that up. It’s a tattoo and he does not have any, so it’s a big deal for Cyril.

“I think it will be something spontaneous, spur of the moment. It has to be something funny, when he looks at it, he shakes his head and goes ‘ah, remember those times’. One of those ones.”

Ricciardo announced in May he would be parting company with Renault at the end of the season, switching to McLaren in place of the Ferrari-bound Carlos Sainz.

Ricciardo will become teammates with Lando Norris at McLaren next year, with the pair having already struck up a friendly and fun friendship in the paddock.

Ricciardo said he is yet to discuss many plans for 2021 with Norris, but has been impressed by the Briton’s recent development after scoring a maiden F1 podium at the season-opening Austrian Grand Prix.

“Obviously we cross paths in the paddock and there’s a little bit of bants as they say, but nothing in particular yet,” Ricciardo said.

“I’m looking forward to it, it’s going to be not only competitive but also a lot of fun.

“It looks like from the outside his performances this year, not stating the obvious with the podium, but with his qualifying and that, it looks like he’s certainly improving in his second year in F1.

“That’s cool to see. I think there’s certainly going to be a good atmosphere, so I’m looking forward to it.”