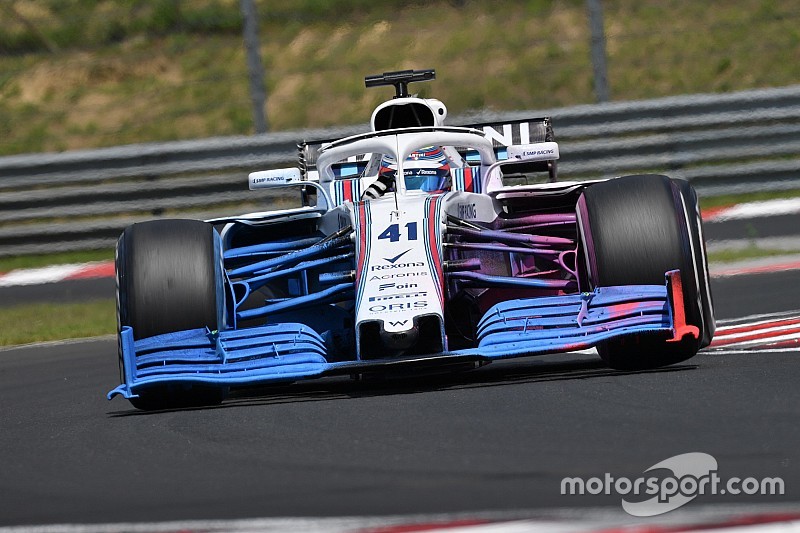 Oliver Rowland has admitted it will be difficult for him to find a 2019 Formula 1 race seat but thinks he will not benefit from "breaking down doors" at Williams.

The 2014 Formula Renault 3.5 champion is Williams's 'official young driver' this season and completed his second day of testing with the team in Hungary this week.

Rowland drove the FW41 at the Hungaroring on Tuesday but the heavy rain shower that hit with just over 90 minutes remaining restricted his running.

He admitted that was "a bit disappointing" and "I would have liked the opportunity to show a little bit more", but knew it was more important that the team logged its development data earlier in the day.

Rowland has no more confirmed outings for Williams this year and conceded it would be "difficult" to force himself into a race seat for next season.

"There's a lot of people knocking on the door that are quite young," he said.

"I'm pretty happy with where I am at the moment. The relationship with the team is growing stronger and stronger and I'm enjoying what I'm doing back at the factory.

"So, I have to keep pushing on that side, keep doing what I can for the team, and who knows where it will lead."

Williams's 2019 driver line-up is uncertain, with Lance Stroll linked to a move to Force India, although that team has gone into administration since those rumours first emerged.

Mercedes youngster George Russell has been linked to a seat at either Force India or Williams, while his Formula 2 title rival Lando Norris is also ahead of Rowland in the queue of British drivers vying for an F1 drive.

Rowland admitted he would likely be at the end of "a domino effect".

"The people at Williams have two drivers with contracts for next year so normally you'd say no but everybody hears the rumours," said Rowland.

"I'm just staying quiet. The team seem pretty happy with what I'm doing so I'm not going to go breaking down doors to say 'look at me', that sort of thing.

"I'm just going to do my job, go about it quietly, and hope they notice."

Rowland said a planned post-Abu Dhabi GP test is his best chance to get back behind the wheel of an F1 car.

Asked what was next for him at Williams, Rowland said: "I'm not sure. We'll go back and do the simulator stuff, keep doing what I'm doing there.

"Who knows, there's a test at the end of the year in Abu Dhabi and I'll be pushing towards that and whatever comes up."