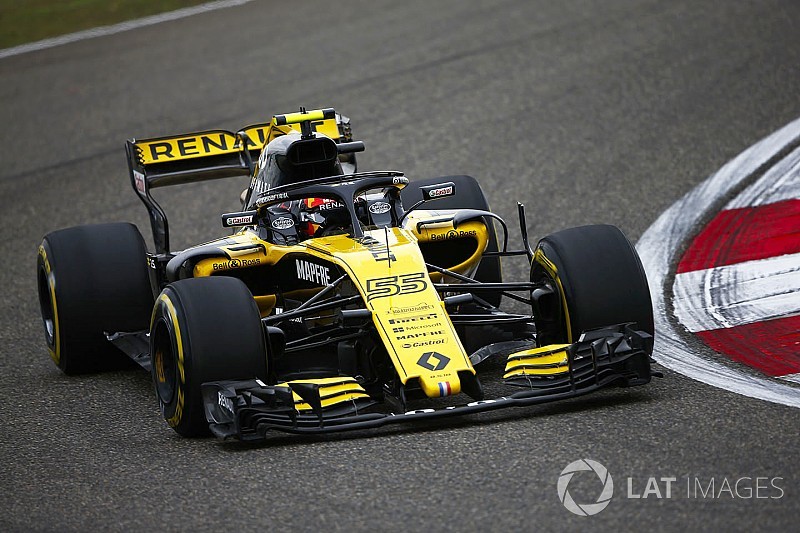 Hulkenberg has finished seventh, sixth and sixth in the opening races of 2018, while Sainz has earned 10th, 11th and ninth places.

The German had qualified ahead on all three occasions, although Sainz pointed out he had set Renault's fastest overall lap in Melbourne before fading in Q3.

"For sure, Nico is very strong in qualifying," said the Spaniard. "I think he has always been. Probably with this car even more. He understands it very well.

"You could already see it, when I arrived in the team last year, he has these little tricks, little things that make him go very, very fast in qualifying, which I'm still discovering and adapting.

"In Melbourne I was half a second clear of him in qualifying in Q2. The other two races, I was bit behind, so I don't think there's anything to worry about."

Sainz says he expected Hulkenberg to be fast: "For me that is no surprise. He also has a year of experience with the car. That is helping him to arrive and have the race of last year to know how the car reacted to changes, to driving style, et cetera.

"He is a bloody fast guy, and on top of that he is very experienced. You can see it, all the time he is on track, he is on it.

"I'm still in my fourth year, but still learning a lot of stuff from the car at the same time. And I'm catching up little by little.

The Spaniard concedes that he struggled in Bahrain, but insists that the picture is brighter than the bare results might suggest, and that he had made a step in China.

"I felt like this weekend I have been closer to Nico than I was in Bahrain.

"It's been three weekends. I think in Australia I was the faster car, Bahrain I was quite slow to be honest. And we are still trying to understand it. With the back-to-back [schedule] it was difficult.

"Here I was just a couple of tenths away in qualy, and in the race that multiplied itself by track position.

"But I am fairly happy. Getting there, still learning, still not 100 percent happy with the car, with the way I have to drive it to extract performance. But it will come little by little."

Sainz has taken encouragement from the pace of the RS18 - which was clearly the fourth-best car in China - but he admits tyre degradation in races remains a concern.

"In qualifying especially, I feel we are very good. In every race, with the degradation we have, there's things to understand, because somehow we are not as competitive in the race as we are in qualifying.

"Without the safety car it would have been very difficult to get into the points with both cars [in China] because we had a lot of degradation.

"We need to investigate why, and keep improving because we have a good car in qualy, but not so good in the race."

How Red Bull turned its RB14 into a race winner