Wolff: ’Too much porcelain broken’ for Binotto to join Mercedes F1

Toto Wolff has ruled out the possibility of outgoing Ferrari Formula 1 team principal Mattia Binotto joining Mercedes in the future, saying there was “too much porcelain broken between us.”

Wolff and Binotto went head-to-head on a number of issues while heading up their respective teams over the past four seasons, particularly through 2019 amid concerns about the legality of Ferrari’s power unit.

Ferrari announced last week that Binotto had resigned from his role and would leave Maranello at the end of the month, ending a 28-year stint with the Scuderia. The news has left one of the most high-profile jobs in F1 vacant, with Ferrari saying it would finalise a replacement in the new year.

Speaking on F1’s Beyond the Grid podcast, Mercedes team principal Wolff said it was “no secret” that he and Binotto “had our moments” in recent years, but felt they had been “consolidated” through 2022.

“We were in a much better place,” said Wolff. “But it was always clear that he was under tremendous pressure. Being a team principal at Ferrari, you better have a good contract for your exit.

“Now, probably the unavoidable happened, but he held onto it longer than I thought.”

As well as being Ferrari’s F1 team principal, Binotto was also its technical chief after taking up the role in 2016. Prior to that, he oversaw Ferrari’s engine division, giving him one of the most expansive CVs in the paddock.

Asked if Binotto’s experience and pedigree would ever make him of interest to work at Mercedes, potentially overseeing its High Performance Powertrains arm, Wolff ruled out the possibility.

“No, I think there was too much porcelain broken between us the last two years that this would be possible,” said Wolff.

“With the other teams, I can’t say. But certainly Mattia understands Formula 1 inside out, and yeah, maybe he finds a role in another team.” 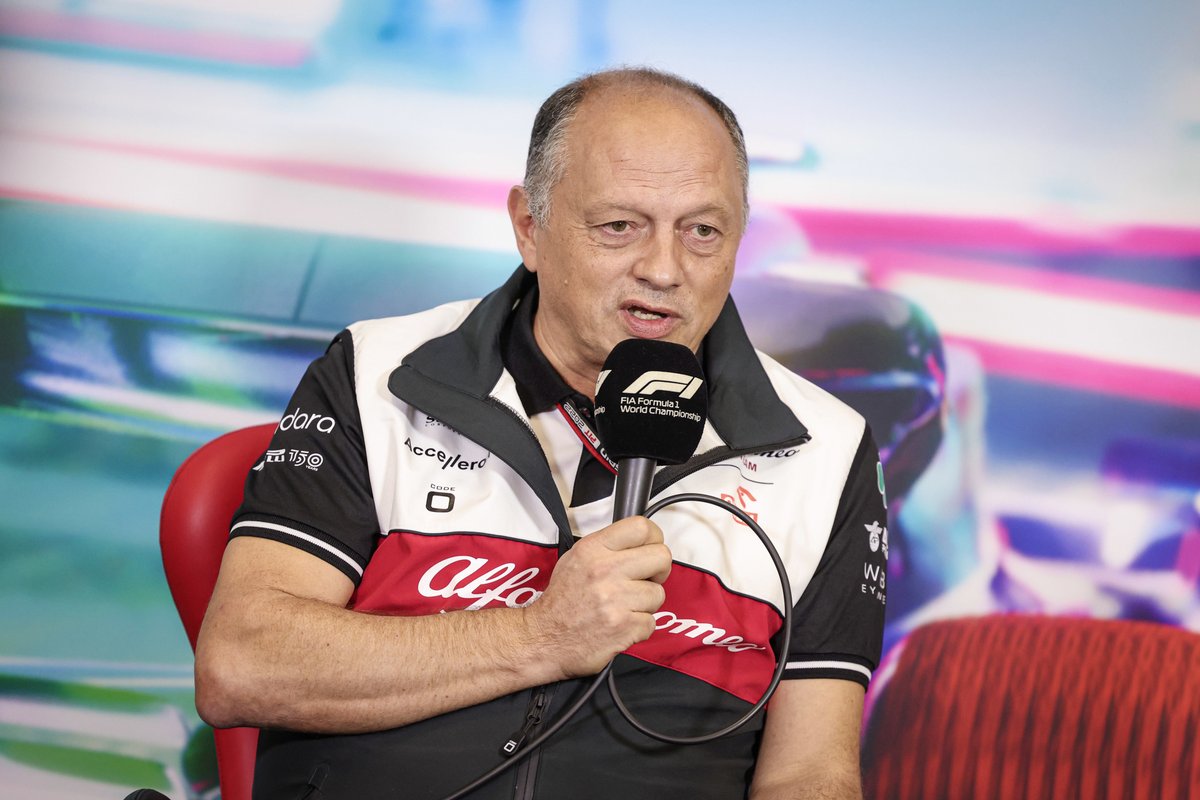 Alfa Romeo's Frederic Vasseur has been tipped as Mattia Binotto's successor at Ferrari.

Frederic Vasseur, the team principal of Alfa Romeo, is the current favourite to take over at Ferrari, but Wolff felt it was “very difficult to judge” who would be the right fit for the role.

“But it’s such a niche where the sport, the regulations, the governing body, the commercial rights holder, the competitors, all of us are basically locked in this paddock cage. You need to be politically astute.

“It’s a very niche, specialist environment. The more you know about the sport, the better it is. But you don’t want to be a one-trick pony either.

“You can be a good racing manager, and not understand about anything that's going on commercially or outside in the world.”

Steiner: F1 reserve drives show Hulkenberg "will be straight on it"

Williams: Vowles can help "finish off the journey" in F1 turnaround