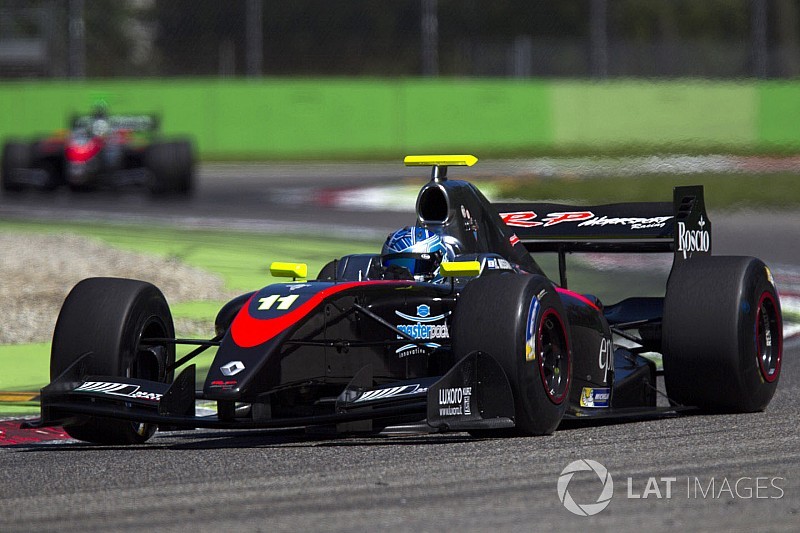 Roy Nissany took his first win in the 2017 Formula V8 3.5 season at Jerez after withstanding race-long pressure from Pietro Fittipaldi.

Nissany took advantage of poleman Egor Orudzhev bogging down at the start, and led every lap of the race.

Orudzhev narrowly held on to second at the start despite coming under pressure from both Fittipaldi and Yu Kanamaru (RP).

Fittipaldi, who started right behind Orudzhev, managed to get alongside him but was forced on the grass on the inside line, and had to back off.

Orudzhev then turned his attention to the outside where Kanamaru tried to make a move, but the two banged wheels, the latter going off track and dropping to eighth.

The incident was investigated, but no action was taken.

Orudzhev was under pressure in the following laps, but Fittipaldi didn't have to make a move in the end, as the Russian's car stopped on track on Lap 4, bringing out the safety car.

Nissany ran wide at the final turn on the restart, allowing Fittipaldi to attack him but the Lotus driver couldn't find a way past, despite looking to make a move in several different corners.

After withstanding the early pressure from Fittipaldi, Nissany built a gap of over a second, but Fittipaldi was soon all over him again.

However, Nissany did not make a mistake and crossed the line first with a lead of half a second, taking his first win of the season and closing the gap to points leader Rene Binder to four points.

Binder (Lotus) was fourth ahead of Nelson Mason (Teo Martin), who passed Alfonso Celis (Fortec) on the safety car restart and kept the Mexican at bay for the rest of the race.

RP Motorsport's Damiano Fioravanti was pulled into the pits before the formation lap and did not start the race.