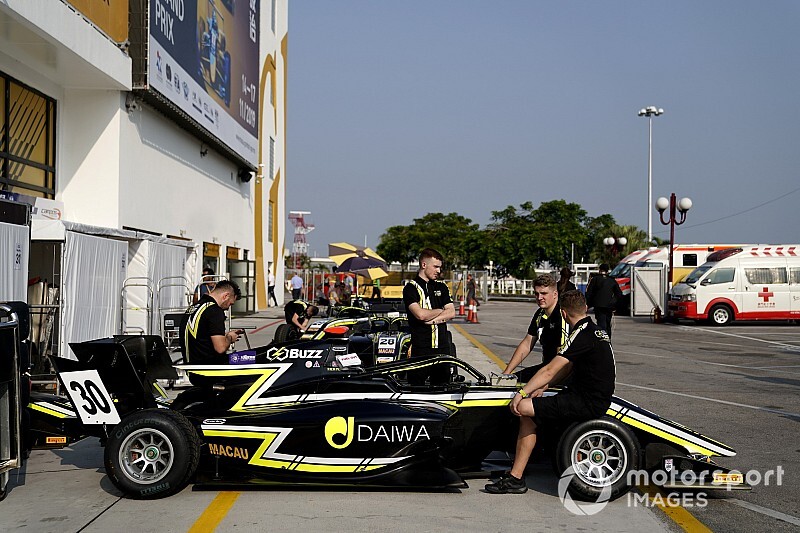 Trevor Carlin says his team’s “amazing” rapid repairs of Dan Ticktum’s car at Macau should have taken seven hours, keeping hopes of a Grand Prix hat-trick for the driver alive.

Double Macau GP winner Ticktum arrived rapidly at Police corner in the second free practice session of the weekend at the Guia circuit on Friday morning, where David Beckmann had just crashed.

The former was unable to slow enough to avoid a crash and a dose of oversteer meant the rear left of Ticktum's car smashed into Beckmann’s stricken machine.

That left four hours – thanks to session delays in WTCR and the GT race – for the team to change the engine and gearbox, rear wing, floor and other bodywork in under four hours to get Ticktum back out into the action with 20 minutes to go.

He jumped to 13th in the order, setting up a chance contend for a better result in the qualifying race on Saturday ahead of Sunday’s grand prix.

“To be honest it’s one of the amazing things about our team, when the adversity hits they get to work,” Carlin told Motorsport.com. “I brought some of my old FIA F3 [European Formula 3] guys for this event knowing this sort of thing could happen.

“Really it was kind of an innocuous crash, the rear end we could have had it done in less than an hour, but it also meant the engine was damaged and we had to change that which made it really difficult.

“An engine change on one of those is normally six or seven hours, I don’t really know how they did it. I didn’t think they would but they’ve surpassed themselves again.

“It means instead of being 28th, we’re now P13 and you know what Dan’s like, he can rag a car and we have a new set of tyres for both races so hopefully we can get in the top six or seven and go from there.”

Carlin believes both Ticktum and Logan Sargeant were capable of reaching the top six, Sargeant ultimately taking 10th in qualifying as one of four rookies in the top 10.

Watch every session from Macau live and free, from anywhere in the world, with Motorsport.tv.