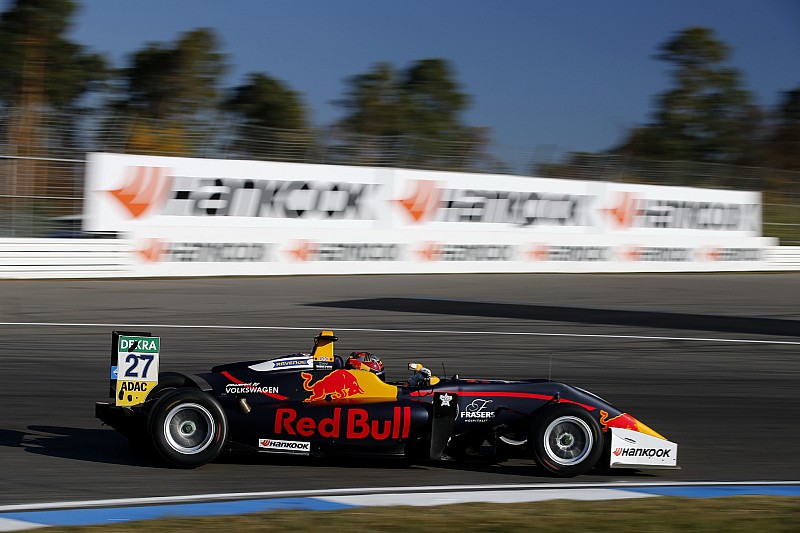 Double Macau Grand Prix winner Dan Ticktum thinks it is ‘absurd’ that his Formula 3 team Motopark has not been given an entry to the new Formula 1-supporting F3 series.

Despite its recent success in the European F3 championship and Macau, Motopark was not one of the 10 teams picked for the new championship.

So with Motopark bowing out of F3 with a 1-2 finish in the blue-riband Macau Grand Prix last weekend, Ticktum has hit out at the FIA’s decision not to give his boss Timo Rumpfkeil’s outfit a slot on the grid.

“The fact that Timo is not in F3 next year is pretty shocking in my opinion,” said Ticktum after his victory on Sunday.

“I think it is shocking and hugely, hugely upsetting to see in this sport how a team as successful as his, for whatever reason away from the track, which I won’t go into detail, is not allowed to come back and race in F3. This is absurd.”

He added: “It is pretty disgusting, in my opinion… but I think a lot of people are scratching their heads and are very confused as to why this is.

“The last thing we want for our sport, a sport which I love probably more than anyone, is people to start thinking it is a possibly a bit more political than we once thought.

Rumpfkeil told Motorsport.com recently that he was confused as to why Motopark had been snubbed for an F3 entry.

“I would say that after Prema [Powerteam] we would be the second team in F3, and I don’t know on what basis the others got their entry over us – I’ve had no reasons given,” he said.

“It’s difficult to follow – in fact it’s not understandable.”

Motopark is switching to Super Formula next year after failing to land a place in F3 in a partnership with the B-Max Racing Team. DTM star Lucas Auer is set to be one of its two drivers.