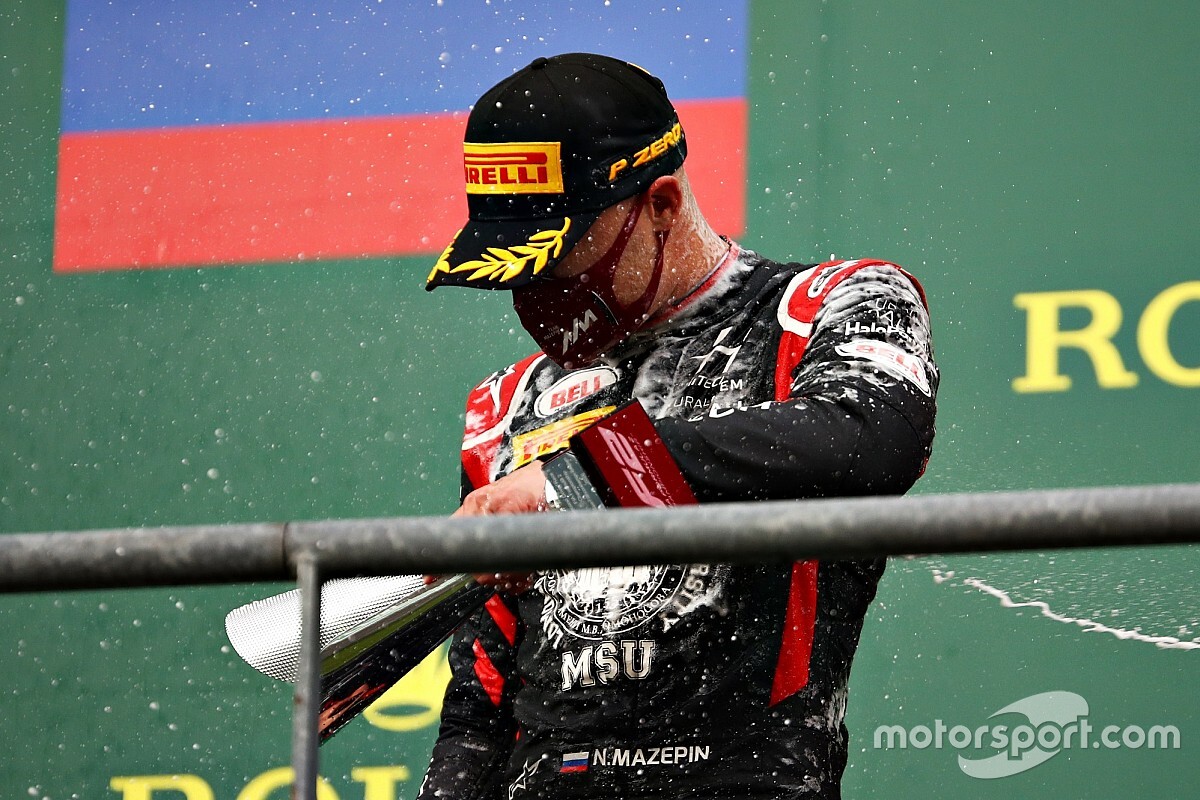 Formula 2 driver Nikita Mazepin is under investigation for a parc ferme incident that followed a five-second penalty for running Yuki Tsunoda wide during their battle for the lead.

Hitech GP driver Mazepin crossed the line ahead, only to be penalised for the incident on the penultimate lap when early race leader Tsunoda, who had dropped behind Mazepin after a slow pitstop, attempted to pass on the outside of the Les Combes right-hander at the end of the Kemmel Straight.

The penalty demoted Mazepin to second in the classification, and as he entered parc ferme, he punted the second-place board with enough force that it jumped in the direction of the celebrating Tsunoda.

It came after Mazepin was demoted from third on the road in the Barcelona feature race to 13th after a five-second penalty for not complying with correct rejoin procedure at Turn 1.

Speaking to Sky TV before the latest investigation was disclosed, a dejected Mazepin said: "You can go two ways about it.

"You can say yes, it happened and that's the only way I can do it.

"But I am going to be honest, I'm getting a little bit annoyed with it because it seems like there's two types of racing going on, on-track and off-track.

"I have finished third last weekend [in Spain] and I finished first this weekend. No-one can take it away from me.

"I have stayed on my racing line and used exactly the same bit of the track like I used every other lap.

"I didn't see a reason to move out of it because I was in front and I'm entitled to use the track that I want to by the rules.

"If the stewards keep going like this there's going to be no racing on track."

Mazepin will also be investigated separately for an unsafe release after narrowly avoiding the Trident mechanics as he exited his pitbox on lap 10 of 25.

Following his first feature race victory of the season, Tsunoda meanwhile paid tribute to the late Anthoine Hubert, who was killed in an F2 crash at Spa last year.

The Carlin driver said: "This is one for Anthoine Hubert. I always push every lap to Nikita to take P1, like Anthoine, he always pushed every lap.

"I just tried to drive like Anthoine and I think the end makes the result.

"Maybe I couldn't win the battle in the race but this is the result and I'm really happy for that."