Prema Racing Formula 2 boss Rene Rosin says officials must learn from the mistake to place more than half the field a lap down in the Monaco feature race. 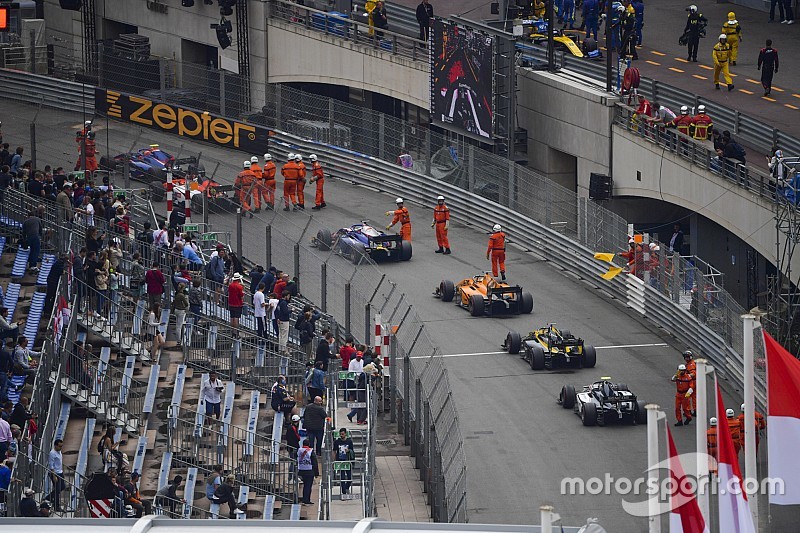 A red flag on lap 19 of 41 – where Prema’s Ferrari Formula 1 junior Mick Schumacher tagged Tatiana Calderon into a spin at Rascasse and blocked the track – forced the field to be re-ordered in the pits.

The drivers who lost a lap because they were halted when the track was blocked were not allowed to regain the lap as per the regulations, and confusion reigned as some teams expecting that lap to be regained at some point during the race.

A statement issued after the race didn’t reveal the exact source of the mistake, with the race director and race stewards usually responsible for fixing such instances.

Prema’s Sean Gelael should have benefitted from the red flag and the team protested the result of the race due to the correct regulation not being followed.

“We made a protest because it was not correct, what the FIA and the race direction has done during the race,” said Rosin, the Prema team having rarely protested before in any championship it competes in.

“Finally after five hours of waiting and discussion they agreed that they made a mistake, but on the other hand they decided not to take any action because for them there was not an equitable way to change it.

“We didn’t appeal in good faith for the sport itself. It’s a bit sad what happened and I hope it can be taken as a lesson for the future, not to happen again.

“I hope that the FIA took the lesson, I always have faith in our governing body, yesterday they made a mistake and they admit it so this needs to be taken as a lesson for this not happening again.”

Arden driver Anthoine Hubert was one of the drivers to be incorrectly classified a lap down in the feature race.

Despite gaining pole position for the sprint race and taking his first F2 victory, he claimed that a mistake as fundamental as that should not be happening at F2 level.

“Two or three people were really lucky because I think a few of them should have finished way, way further back, so that’s not acceptable at this level of competition,” the Renault junior told Motorsport.com.

“We put so much effort into it and the teams are working like hell, the budget as well it’s really expensive.