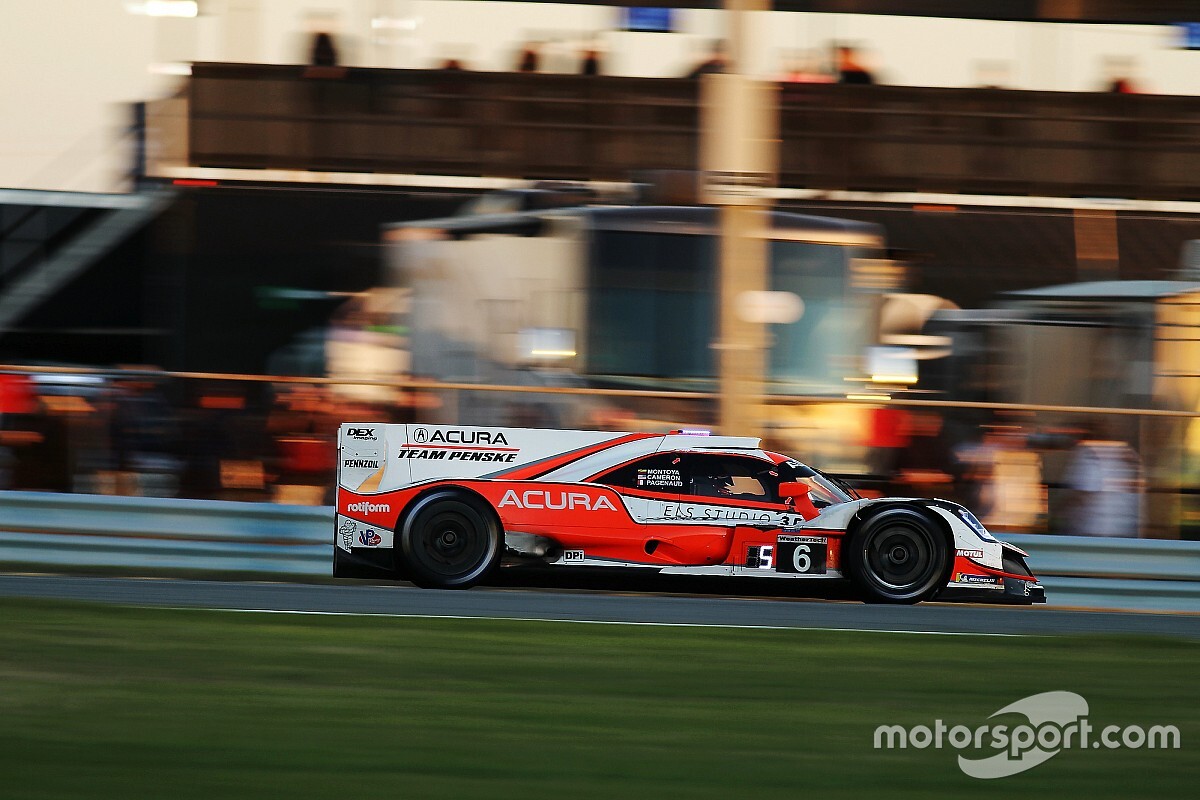 Acura Team Penske’s Juan Pablo Montoya says hotter conditions at Daytona than IMSA teams are used to will present a real challenge when managing tire life in tomorrow’s race – but he’s hopeful that those increased temperatures will also play in favor of turbocharged cars.

Montoya and Dane Cameron won the 2019 IMSA WeatherTech SportsCar Championship last year, and started off this season with fourth place in the Rolex 24 Hours at Daytona, before the Covid-19 pandemic put the season on pause.

Today IMSA restarts at the same venue with opening practice for tomorrow’s 2hr40min race, the WeatherTech 240. But it’s the first summertime sprint race at Daytona since the now-defunct Grand-Am series competed there in 2009, and so the teams are as yet uncertain how the Michelins will react to this track surface in Florida’s July heat.

“Our car is normally known to be pretty hard on tires,” said Montoya of the ARX-05. “We have worked a lot on the car since last year, and in Daytona [this year] it was a little better when it was winter.

“But it’s a big question mark. It’s the first time going there on the harder tire, so I think that may help us a little bit. Harder tire not only generates more heat but it also lasts longer so it’s going to be interesting. I think we’ll have decent pace but the question is how sustainable is that pace going to be as we’re normally hard on the tires.”

With the turbocharged cars of Acura (and Mazda) losing less power in increased heat than the normally aspirated Cadillac, and with the Japanese marques usually proving slightly quicker on outright pace at Daytona International Speedway even in January’s Rolex 24, Montoya is hoping that difference is accentuated this weekend.

“From the turbo side, I hope it really helps,” he said. “Normally IMSA tries to do its best to get a good BoP [Balance of Performance] although in the 24 Hours, we thought we were a little behind where we needed to be. Our one-lap pace was very good but our normal pace and fuel mileage we felt was a little behind the other cars.

“Hopefully that’s been corrected for this race and we’ll see where we stand.”