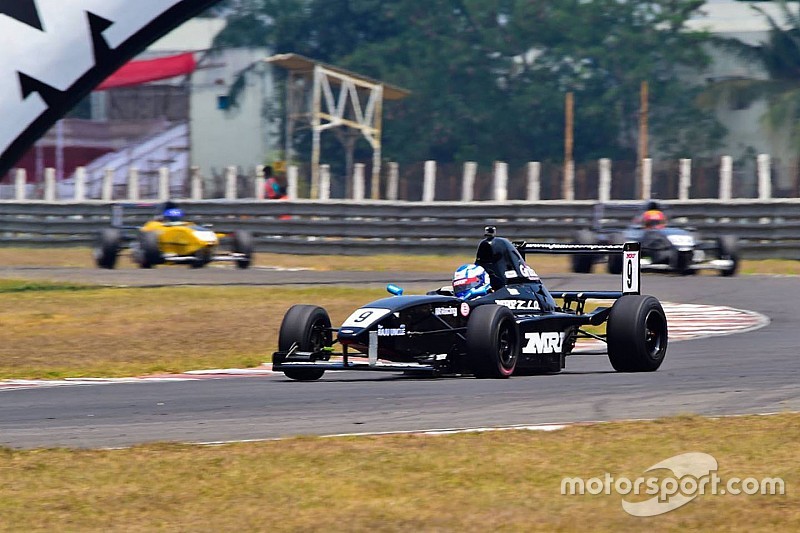 Vikash Anand remained unchallenged during the third race of the second round of MRF F1600 in Chennai, winning the 10-lap race by a comfortable margin of 9.436s.

Starting from pole Anand dominated the proceedings, also clocking the fastest lap with a time of 1m40.890s.

In-form Karthik Tharani appeared to have made a mistake early in the race but recovered enough to complete the podium slot.

Goutham Parekh was classified fourth, his best result of the weekend, with Tejas Ram completing the top five positions.

Meanwhile, Sandeep Kumar was sixth in the #55 F1600 car, ahead of front row starter Anindith Reddy.

Eighth in the timesheets was Arjun Narendran, with Brad Dias and Jai Sampath completing the top 10.

Anshul Shah stopped by the track at the start/finish straight on lap 4 due to an unknown reason while Chetan Korada retired on the first lap itself.

Tharani has been handed a 30 seconds penalty for a collision involving Reddy.

As a result, Tharani drops down to eighth place, while Parekh takes over the final spot on the podium.