Bourdais, who joined AJ Foyt Racing-Chevrolet part-time for 2020 and is a full-timer for ’21, topped yesterday’s 12-car test at Barber Motorsports Park when laps using the push-to-pass boost were taken out of the equation.

This follows a strong test at the same venue last November, and a fourth place in the 2020 season finale at St. Petersburg – a result the team hasn’t bettered since Takuma Sato scored a podium at Detroit more than five years ago.

Encouragingly, too, IndyCar sophomore Dalton Kellett, who will drive the #4 Foyt car fulltime this year, ended the test just 0.7sec slower than Bourdais, who has four Champ Car titles and 37 Indy car wins to his name.

Colliver, who became the team’s technical director after hiring Justin Taylor to serve as race engineer on Bourdais’ #14 car for this season, said: “I think the test is just the continued development from some of the stuff we were doing at Road America last year. Charlie [Kimball, this year Foyt’s third driver for Indy GP and Indy 500] was pretty strong in Race 2 and Dalton was strong at Mid-Ohio for where his development is.

“We then had a really good test at Barber in the fall with Sebastien, and some of that was combining what was done in the past, ideas that I brought, ideas that Mike Pawlowski [race engineer on the #4] had.

“COVID and the compressed schedule has helped us catch up and gave us the time to have in-house development of some of the tools we could use to analyze and quantify things. Yesterday’s test was a good validation for some of those tools.”

Regarding Bourdais’ contribution, Colliver said: “He’s a huge help. Just his wealth of knowledge is a huge help from a couple standpoints.

“One, he understands mechanically what the car is doing, and secondly, he gives the changes to the car a fair shot. He will go out and run six or seven laps, and maybe the first two laps it doesn’t feel great. Maybe he’ll change something in his driving style or he’ll wait a little longer for the tire pressures to come up or do a click on the rear bar – whatever he needs to do. And then he comes in and tells you it either worked or didn’t and why.

“His analytical approach combined with his experience is really refreshing. He doesn’t get rattled, he’s very calm and meticulous in the car.

“But it is also the whole feel of the group. The engineering group is really working together well. Everybody is putting work in that shows up on both cars and really on Seb’s because of his driving ability.

“From the data guys, to the guys who are doing simulations, the junior engineers, Danielle’s (Cucchiaroni, performance engineer) knowledge… And Justin is doing a great job. Everybody is pulling in the same direction which is really cool.”

Bourdais himself added: “We went through a lot of stuff, testing dampers and some concepts as far as platforms. Everybody’s starting to work pretty efficiently together, the atmosphere is good.

“The car was pretty quick right out of the box and I had a really good time. Very positive day. With Barber being the season opener, you want to be cautiously optimistic. I think we should have a good card to play and be in the mix, which is always encouraging, so I’m looking forward to it.”

Kellett, who ran eight races last year, said: “We had a good test overall. I'm encouraged by the gains we are making and I think we have a very solid car.

“It felt good to be back at Barber. I love the track but it can bite you! On my second run, I got loose on power in T13 and had an off… I had some contact with the tire barrier and we were down for repairs. It was unfortunate to lose testing time that way, especially when the engineers had a full list of items to get through.

“The crew did a great job getting the #4 fixed and ready to go. We ran all afternoon and worked through most of the items on the list. We're continuing to learn more about and refine our damper package and the overall balance was where it needs to be."

Team President Larry Foyt summed up, “It was a solid test day for the whole team. We had a lot of items to get through and I think we got good data on the majority of them.

“Seb had good speed in the #14 car all day which was nice. Dalton worked through an early incident to get back on track in the #4 car and get some good running in. It was certainly one of our best tests on a permanent road course which is encouraging for the season.”

The team has one more test planned at Texas Motor Speedway at the end of March before the Open Test at Indianapolis in early April. 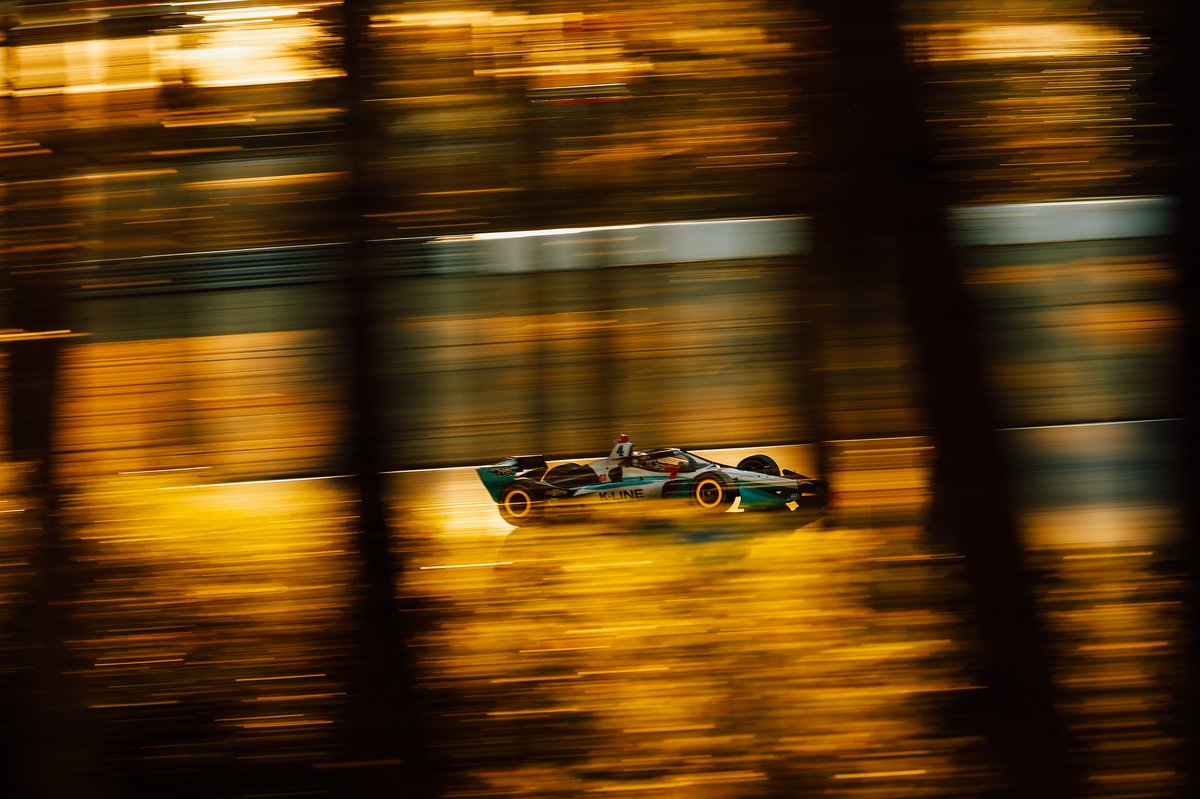 How in-form Bourdais is nailing his "normal transition"

Bourdais believes Cadillac has the edge at Sebring

BorgWarner honors A.J. Foyt with one of a kind Baby Borg