One of the newest team owners in the NTT IndyCar Series, Trevor Carlin, says that allowing the bigger teams to grow unchecked will drive the smaller teams away as they struggle to achieve the kind of results that attract sponsors. 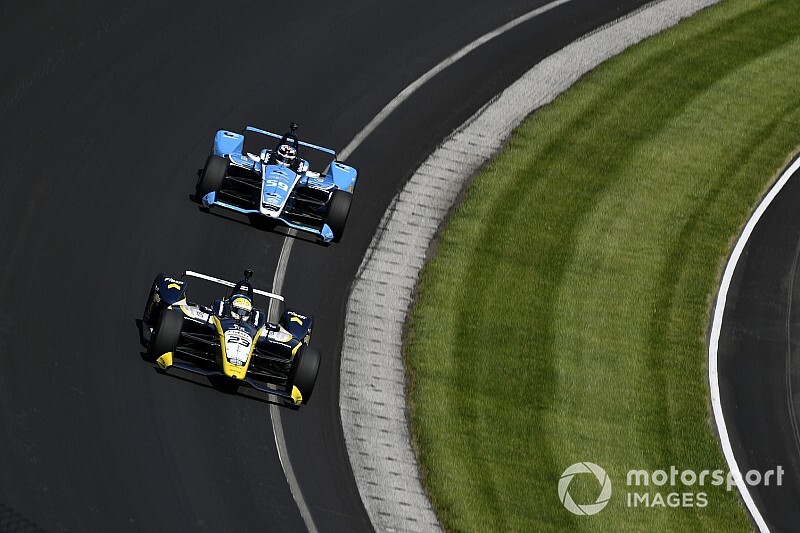 Carlin, a legendary junior formula team that expanded to include Indy Lights in 2015 and earned 12 wins and a championship in three seasons, graduated to IndyCar for the start of the 2018 season.

Despite flashes of promise over the past two years, the team has yet to score a podium finish, and the loss of Patricio O’Ward to the Red Bull Junior program and Super Formula was a further knock.

For 2020, Andretti Autosport has expanded to five cars in order to keep Colton Herta and is soon to be confirmed as partner with Michael Shank Racing, while Chip Ganassi Racing has confirmed that Marcus Ericsson is joining Scott Dixon and Felix Rosenqvist and Team Penske will continue as a three-car squad.

Carlin says that IndyCar’s reputation for being so open that all teams can score a ‘big result’ could be damaged by pushing the smaller teams further down the grid.

During a long-form interview with Motorsport.com, Carlin commented: “I spoke to Jay Frye [IndyCar president] about it at Laguna [Seca], and told him that if he’s not careful he’ll end up in a scenario with only three teams in the championship.

“It’s not really in the spirit of competition and the reason I came to IndyCar was because there’s always the chance of the underdog getting a big result. There still is, but if we end up with – and it’s not a huge stretch at all – a seven-car Andretti team, a four-car Penske and a four-car Ganassi, you’re going to be lucky to get in the Top 15.

"So the chances of a team like ours making a breakthrough becomes almost impossible, and that’s when we would probably pack up our bags and leave.”

Carlin admitted he doesn’t really regard his squad as an ‘underdog’ but as a new team trying to reach the same level as IndyCar’s so-called ‘Big Three’. But he regards it as unwise for the series to allow a situation where smaller teams could be stymied before given a chance to bloom.

“No, you’re right, that’s not the way we are,” he says. “We don’t consider ourselves as underdogs and we’re not going to be in this situation forever: I need to find the funding to get us to the next level to compete with those guys.

“What I’m saying is that’s more difficult to do if there’s going to be such a monopoly at the top that we haven’t got any standout results to show for our efforts. At that point the appeal of the series will start to drift away.”