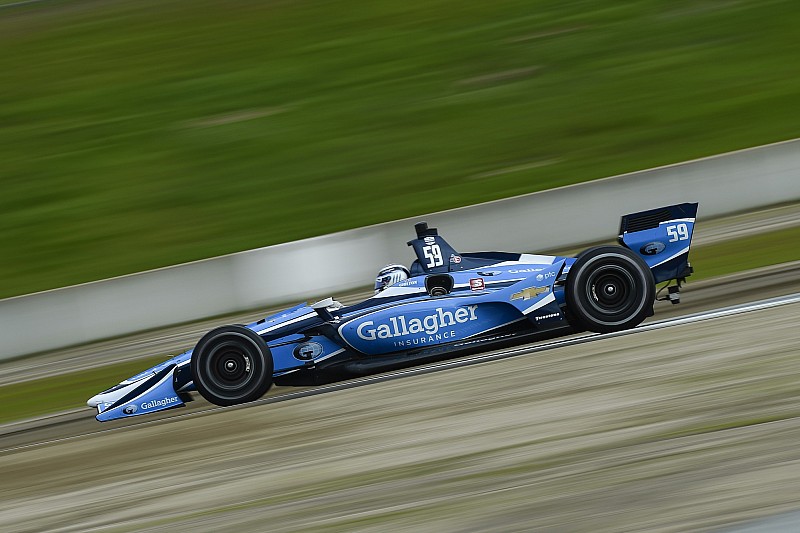 With grim weather forecast for the afternoon, the session started early, at 8am, allowing 4hr30min of track time before lunch break. The impending weatherfront persuaded AJ Foyt Racing to head off early to Circuit of The Americas for next week’s Spring Training session without turning a wheel on track, in order to save one of its precious test days.

Given the frigid temperatures – 53degF has been the peak so far – everyone was at pains to stress that lap times didn’t mean a lot, nor will they very relevant for this September’s race. Nonetheless, Carlin can take heart that RC Enerson – a part-timer for Dale Coyne Racing back in 2016 – was sixth fastest in the #23 car he will share with Charlie Kimball this season.

Rosenqvist, who had only previously tested an IndyCar at Mid-Ohio, Barber and Sebring, was similarly impressive, over 0.4sec faster than teammate Scott Dixon who was troubled by braking issues.

Team Penske had a low-key start to the season with Simon Pagenaud and Josef Newgarden only ninth and 11th, while Power props up the speed charts after losing more than three hours to an engine change after his original unit let go, just a handful of laps into the session.

Kyle Kaiser was back in action for Juncos Racing, a driver/team combination that won here in Indy Lights back in 2016.