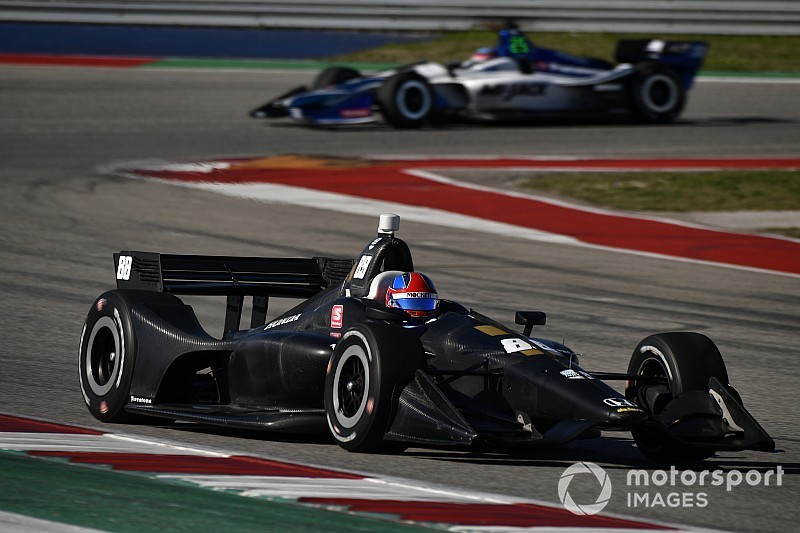 Colton Herta, the 2018 Indy Lights runner-up, went three-for-three in leading the IndyCar Spring Training session in the morning of Day 2.

The Harding Steinbrenner Racing-Honda left it until 13mins to go in the two-hour session before turning up the wick and lapping the 3.427-mile course in 1min46.6401sec.

That beat his semi-teammate, Andretti Autosport’s Alexander Rossi, by 0.3731sec, and eclipsed the fastest Chevrolet entry – Simon Pagenaud’s Team Penske machine – by over half a second.

Scott Dixon was one of five spinners, along with Jack Harvey, Kyle Kaiser, James Hinchcliffe and Spencer Pigot, but the reigning champion went out soon after and nailed a 1min47.7899sec, barely edging the second Penske of 2017 champ Josef Newgarden.

Hinchcliffe was swiftly able to rejoin the fray following his spin, but the team then discovered a fluid leak and the car was returned to the garage, having only completed seven laps.

Sebastien Bourdais bounced back from a disappointing Tuesday to grab P9 on his last flying lap in the Dale Coyne Racing-Honda, while Carlin’s RC Enerson made it three rookies in the top 10.