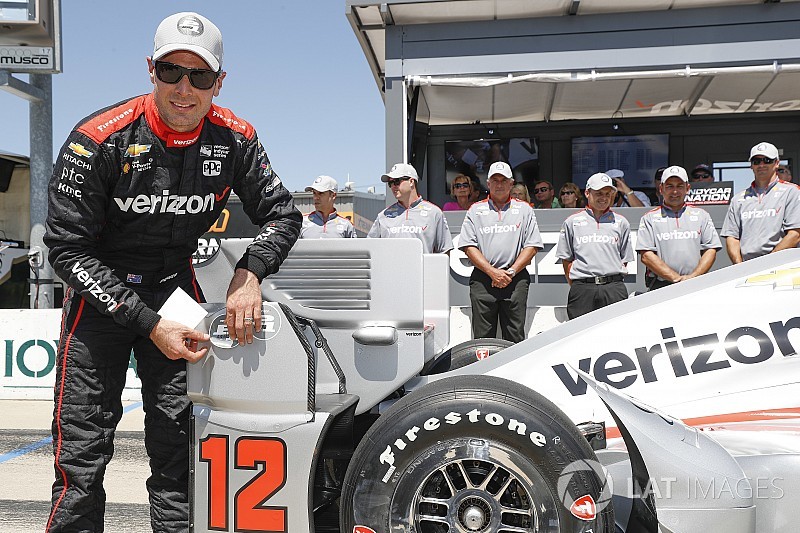 Will Power scored the 48th pole of his career in IndyCar qualifying at Iowa Speedway to crush JR Hildebrand’s dreams of scoring his first.

That was 1.4mph faster than JR Hildebrand, who bounced back from a shunt in morning session to clock an average of 183.811mph and cement a place on the front row.

Behind this pair were their teammates Helio Castroneves and Ed Carpenter, who were also in the 183mph bracket. Castroneves set a strong 184.623mph on his first lap but hit his revlimiter into Turn 1 on his second lap.

Ed Jones showed that Dale Coyne Racing’s improvements on ovals this year are not confined to superspeedways, and he will roll off eighth, ahead of the second SPM car of James Hinchcliffe, and a brave wall-riding effort from Graham Rahal.

Last year’s polesitter Simon Pagenaud in the third Penske was only 11th, but he was doing better than his teammate and defending race winner Josef Newgarden.

Both of them were happier than championship leader and Road America winner Scott Dixon whose loss of 25mins from this morning’s session cost him a qualifying sim run.

He will start alongside Esteban Gutierrez, who makes his oval race debut this weekend. He was 2.9mph off teammate Jones.

2011 Iowa winner Marco Andretti believes something broke on his qualifying run, leaving him with laps of 174.7 and 168.8, and starting 20th.

The one person who will start behind him is AJ Foyt Racing’s Carlos Munoz, who kissed the wall on his opening lap.