No aero changes for IndyCar at Phoenix 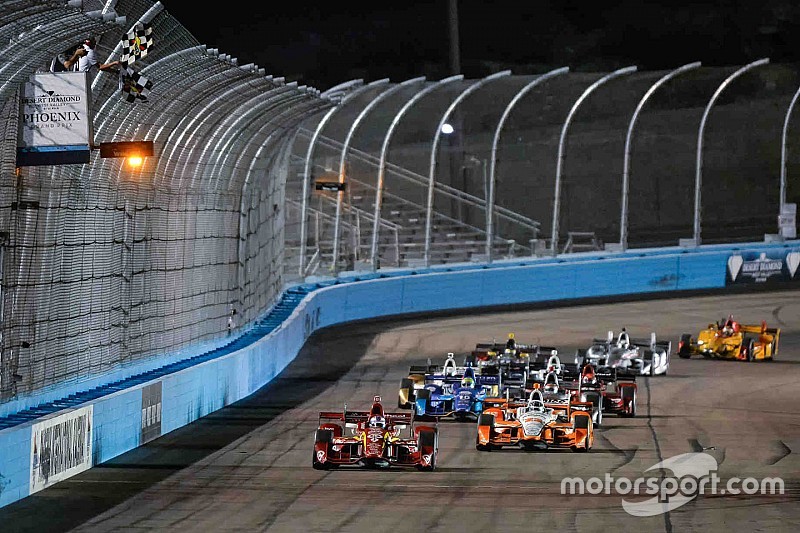 Bill Pappas says the aerokit freeze for 2017 means that IndyCar’s tech department has no plans to alter the downforce levels at or following this week’s open test at Phoenix International Raceway.

Last year’s pole speed at PIR was over 192mph and prompted legendary team owner Roger Penske to describe downforce levels there as “ridiculous.”

The race itself was also regarded as one of the series’ less exciting events on the 2016 schedule, with cars struggling to make passes – a situation exacerbated by the Chevrolet-powered cars appearing to have a major advantage over the Honda-powered machines.

However, Pappas, IndyCar’s VP of competition and race engineering, told Motorsport.com that he doesn’t expect the governing body will be making aerodynamic alterations to the cars during the PIR test on Feb. 10-11.

“The aero freeze was agreed to by both manufacturers,” he said, “so that drove a lot of our decision to stick with what we have. We think second time around, with the teams and drivers now having a lay of the land, the racing could be a bit different. Everyone learns a little bit more and we have different tire compounds.”

“Manufacturers have made gains since last year, engine-wise, and they and the teams have a better understanding of the aero package at Phoenix," said Pappas.

“Also, if you look back, Ryan Hunter-Reay [Andretti Autosport-Honda] was running well in the top five, he was hooked up. He just got unlucky with the timing of the yellows.

“I think you’ll see a different sort of race this time, more competitive.”