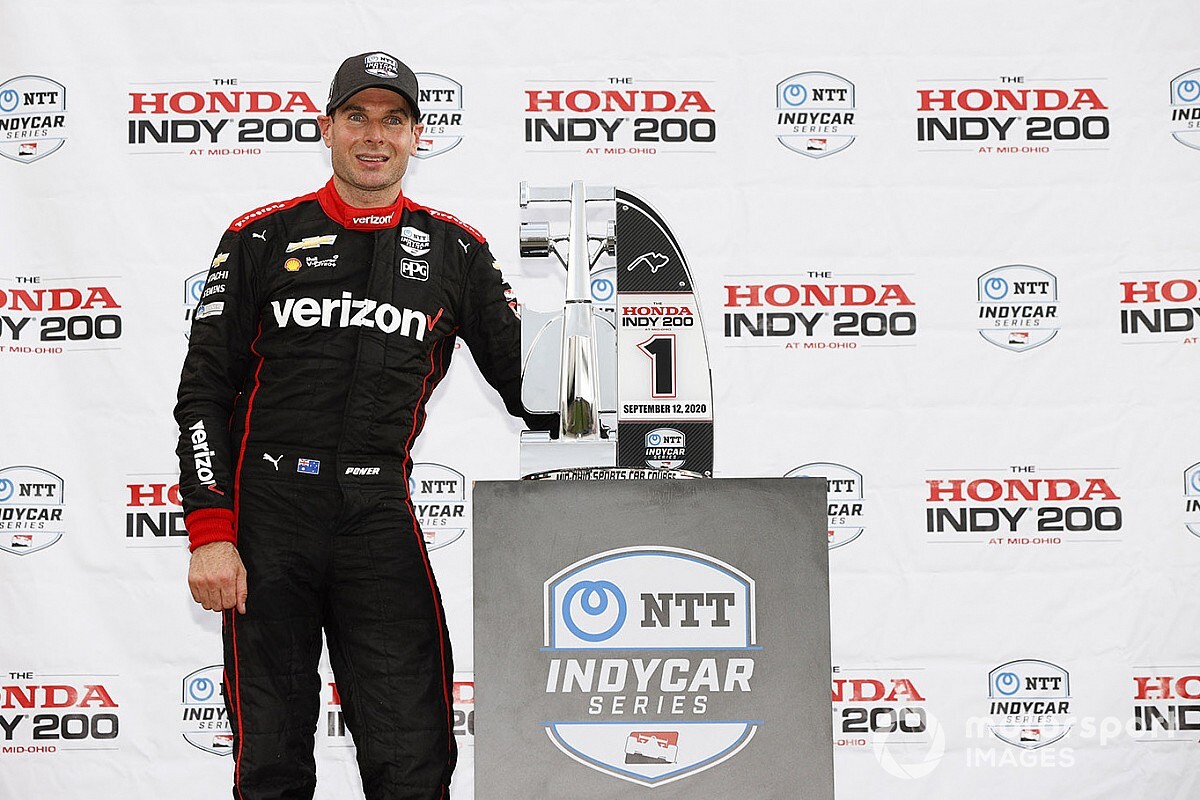 Will Power said his dominance in Race 1 of the NTT IndyCar Series double-header at Mid-Ohio was a result of a straightforward race where they decided to go flat-out from the start.

Power took his fifth Mid-Ohio pole, and 60th of his career, earlier in the afternoon and went on to lead 66 of the 75 laps in the race, losing the lead only when making pitstops.

With the races shortened from 90 laps this year, it left teams few strategic options other than what order to run their soft- and hard-compound Firestone tires, and the lack of yellow flags made the race even more strategically clear.

“This is probably the first race, I reckon, in about 10 years that I have just gone hard,” said the Team Penske-Chevrolet driver after taking his first win at Mid-Ohio Sports Car Course. “Every other race we save fuel and play a strategy game.

“Today I just said ‘Hey, let’s just go hard, man. Screw this. We don’t want to get caught by a yellow. Let’s just run hard and use my raw pace and see what happens. And we won the race, so it was a great strategy.”

Power led teammate Josef Newgarden over the line by 7.5sec, although the gap had been out to over 9sec before he eased up in the last couple of laps. Power said he had encountered no problems in the course of the race.

“It’s just about putting down good laps, lap after lap after lap,” he said. “I’d get to someone I had to lap, and I’d get past and I’d push hard. It was just a flawless day. That’s what you’ve got to do to win races in this series.

“The whole team did a fantastic job and to see Verizon in Victory Lane again is fantastic because it’s been a while.

“It’s just great to tick the Mid-Ohio box. I have finished on the podium here five times; on the front row, I think we counted like nine times, and finally converted one. So, I’m absolutely over the moon.”

Rossi didn’t have enough fuel to tackle Newgarden for second