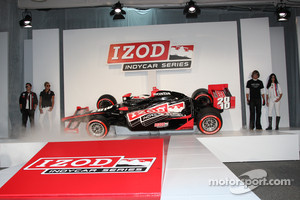 INDIANAPOLIS (March 11, 2011) - Drama will be intensified at IZOD IndyCar Series races this season with the inclusion of side-by-side restarts at all venues, starting with the season-opening Honda Grand Prix of St. Petersburg on March 27.

The IZOD IndyCar Series decided to adopt side-by-side restarts on road and street circuits following input from its drivers and teams, complementing the rule on ovals announced Jan. 11 by president of competition and racing operations Brian Barnhart.

"After seeking input following our initial restart announcement, we felt it was best to be consistent with the rule and use it at every track," Barnhart said. "Whether on short ovals, superspeedways, temporary circuits or road courses, side-by-side restarts will certainly be entertaining and further intensify our on-track action.

"We are still contemplating adding a 'free pass' element, often referred to as 'Lucky Dog' by TV commentators, to the restart procedure but we want to hear from the fans."

Procedures immediately following a yellow caution period and leading up to resumption of green flag racing at each event include:

In an effort to lessen the length of caution periods and optimize green flag racing time, the full restart procedure won't be used when a yellow condition is deemed by officials to be short (as for debris), a second yellow that immediately follows a yellow, and during road/street course races when there are none or few lapped cars.

When the full restart procedure is not used, the pits are open to all cars, all cars blend to the back of the field and all cars line up in side-by-side order without regard to lap.

Fans can visit www.indycar.com to voice their opinion on the "free pass" concept.

Barnhart back to Race Director role

Last chance to have your say in INDYCAR Global Fan Survey