JOTA driver Tom Blomqvist says he would have been happier to lose by more than the seven tenths by which the team missed out on LMP2 victory in the Le Mans 24 Hours.

The Briton told Motorsport.com that the slender margin the #28 JOTA Oreca 07-Gibson he shared with Stoffel Vandoorne and Sean Gelael finished behind the class-winning WRT car in last weekend's FIA World Endurance Championship blue riband was difficult to take.

"It was great to get second, but to lose by seven tenths is bittersweet," he said. "I would actually have been happier to lose by more.

"I was really happy with the way I was driving; Sean did a great job, Stoffel as well. We felt like we maybe lost the win, coming so close to it." 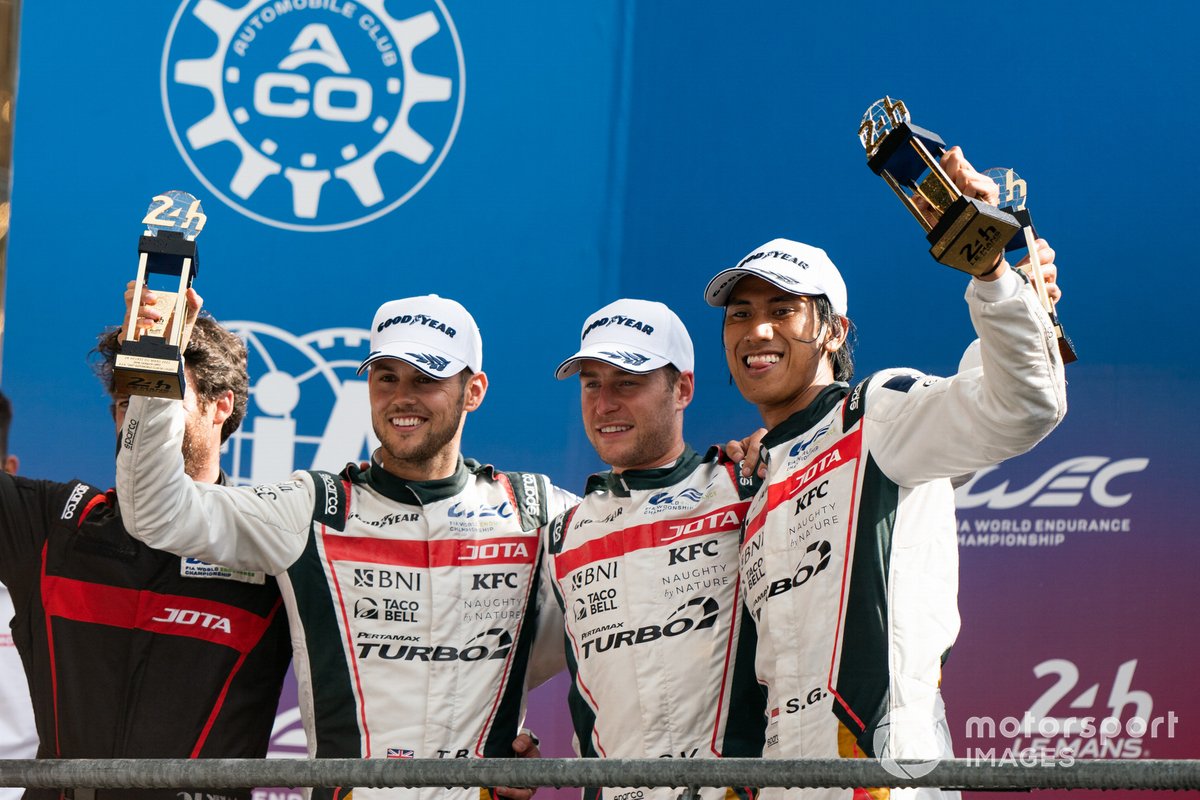 Blomqvist was hunting down Robin Frijns in the #31 WRT Oreca co-driven by Ferdinand Habsburg and Charles Milesi for second place in the final minutes of the race.

The chase turned into the battle for the lead when the leading WRT entry of Robert Kubica, Louis Deletraz and Yifei Ye stopped on the final lap of the race with a broken throttle sensor.

Blomqvist brought a gap that stood at approximately four seconds at the start of the last lap down to just 0.727s at the chequered flag.

The late charge from Blomqvist was interrupted by a delay at the final pitstop for the JOTA car when it became boxed in at its pit stall and had to be pulled back before being released. The gap went up from 15s to nearly 30s as a result.

"I knew Robin was struggling and we had massive pace all weekend," explained Blomqvist. "When I saw the gap was about five seconds starting the final lap I knew it was going to be tight."

Frijns was handicapped in the closing stints by a rear-end issue that he believed was the result of a clash with a GTE Am class Porsche shortly after he returned to the car for the run to the flag.

The WRT Oreca also lost time whenever it changed tyres after the air-jacks failed, forcing the team to use of inflatable pillows to raise the car.

Blomqvist and his teammates had to fight back from a delay on Saturday evening resulting from two penalties.

The car received a drive-through after Blomqvist got a late call to enter the pits and crossed the white entry line, while it was also given a 90s stop-go because Blomqvist rejoined after the same stop behind the wrong one of the three safety cars deployed on the long Le Mans lap.

The pitlane exit light was green when he went back out on track, but under the rules he should have waited for the next safety car.

"The onus is on the team, but you can't blame anyone for that because the light was green," said Blomqvist.

IMSA
Roar Before The 24

JOTA drivers proud of title in LMP2's "most competitive" year