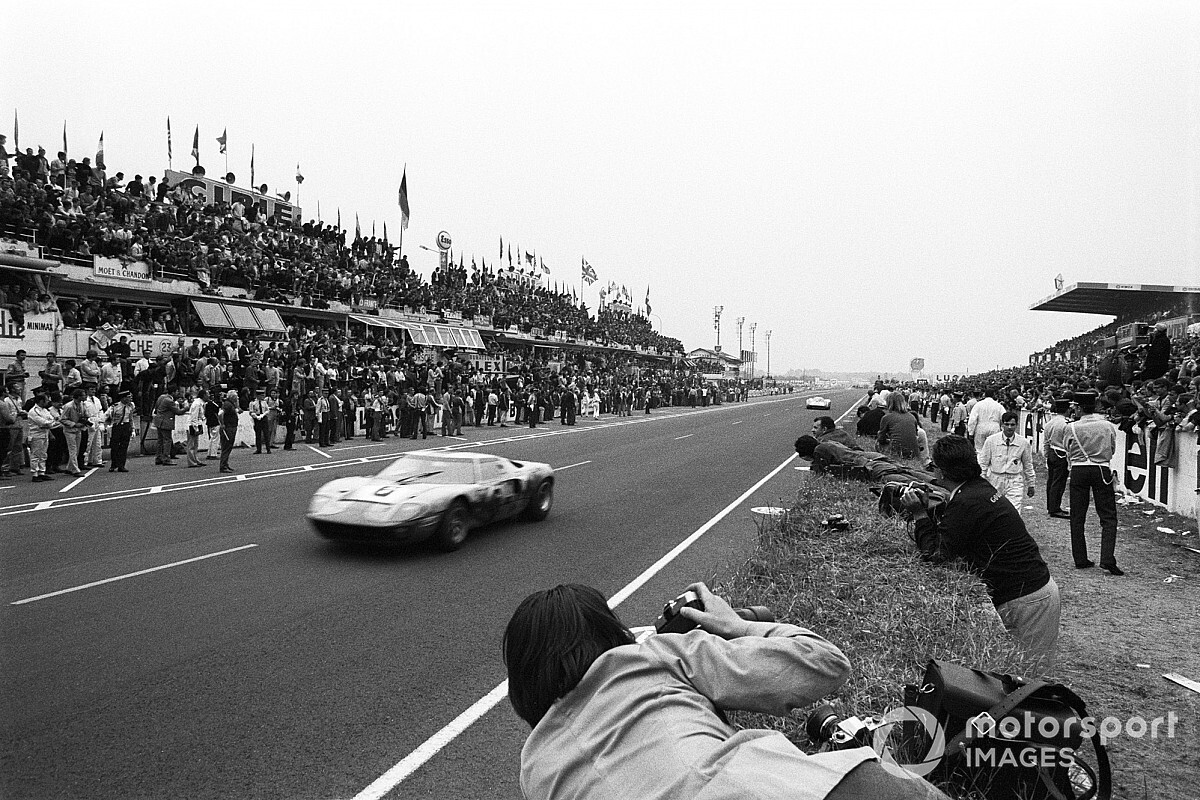 The 1969 Le Mans 24 Hours was a landmark for many reasons, not least the famously close finish between Ford and Porsche. Adam Cooper recounts the tale of the race’s greatest finish.

The 1969 edition of the Le Mans 24 Hours was a turning point in many ways. The last race to feature the traditional start, with the drivers running across the track, it saw the fourth and final victory achieved by the Ford GT40, prior to the marque’s disappearance from the top level of European sportscar racing.

The final Le Mans of the golden ’60s signalled the start of another era, setting in motion a long run of successes for Porsche that would begin the following year. The race also saw the first of six victories for the great Jacky Ickx, whose name would become forever linked with Le Mans. The Belgian ace would go on to win again in 1975, ’76, ’77, ’81 and ’82.

Ickx himself regards ’77 as his greatest victory, because of his mighty comeback drive during the night. But ’69 remains the race for which he is perhaps best remembered. It was a classic tortoise and hare contest, and the slower but more reliable car won, as so often happened in the endurance classic when the cars were less bulletproof than they are now.

“It was not driving but rather chess that brought me to victory,” Ickx himself noted.

The race followed a pattern established the previous year, with John Wyer's Gulf Ford GT40s taking on the factory Porsches.

In 1968 new rules saw the Fords trimmed from 7.0 to 5.0-litres, and despite strong opposition from Porsche's new 908 and the less powerful 907, Pedro Rodriguez and Lucien Bianchi had taken Wyer’s car to a memorable victory at Le Mans. That win was thought to be the final hurrah for the GT40, as the JWA team was developing its own Mirage chassis. However, Wyer reckoned that the ageing Ford would still be a good bet for the big endurance races in 1969.

Alas, the cars retired at the season-opening Daytona 24 Hours. But then Ickx and fellow F1 racer Jackie Oliver gave the team an unexpected victory at the Sebring 12 Hours in March. Encouraged by that success, Wyer stuck to his guns and went to Le Mans with GT40s for Ickx/Oliver (in the ’68-winning 1075 chassis) and Mike Hailwood/David Hobbs.

“The GT40 was good and solid and reliable,” Oliver recalls. “It wasn't competitive with the Porsche, which was quicker round the corners. But John Wyer proved to be right.”

Porsche looked far stronger, with six factory entries. The Stuttgart marque had a pair of new 917s for Vic Elford/Richard Attwood and Rolf Stommelen/Kurt Ahrens, which handled badly, and required movable flaps for stability on the straight. These were approved for use only after a considerable fuss during qualifying.

Three longtail 908 Coupes were entrusted to Hans Herrmann/Gerard Larrousse, Gerhard Mitter/Udo Schutz and Rudi Lins/Willi Kauhsen. After trying out various cars, star driver Jo Siffert opted for the single open 908, which he shared with Brian Redman. There was also a pair of factory Ferrari 312Ps, with Chris Amon and ’68 winner Rodriguez in the line-up, and a strong challenge from Matra. 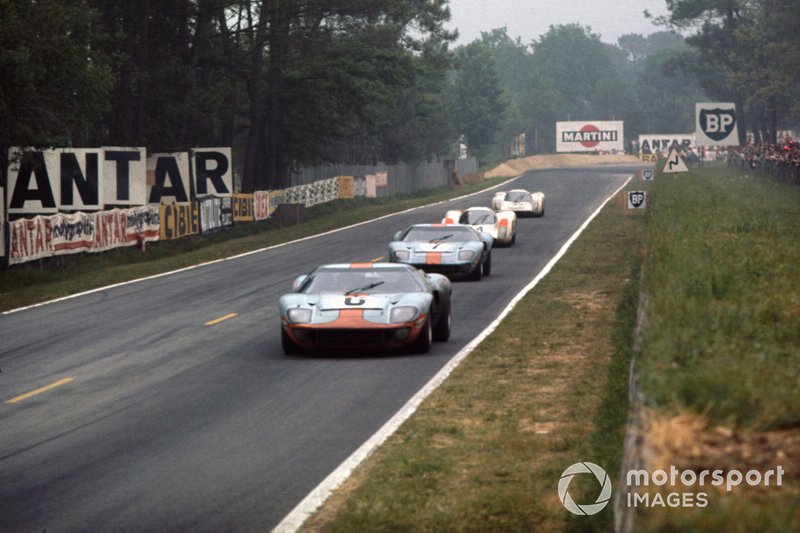 The Fords took it easy during qualifying. Indeed Ickx's best time was some 15 seconds off Stommelen's pole with the 917, and he didn’t even bother to drive on the second day. It was a very relaxed approach…

When the race got underway on Saturday afternoon Ickx undertook a public protest against the continuing use of the traditional Le Mans start, which he considered dangerous. While everyone else sprinted across the track, the Belgian walked, and he made a point of carefully doing up his belts when he climbed aboard his blue and orange machine.

“We both protested the echelon start,” says Oliver. “His idea was to walk instead of run, but I remember the last few steps were a bit hurried. We had qualified quite near the front, so a few other guys had decided to take off when he was halfway across the track!

“You could never disagree with Jacky, he had fixed ideas in his mind. It was a good partnership, and I didn't argue with him. He was a bit of a superstar, but we worked well together, and we were the same size.”

A few minutes later, Ickx’s protest was validated in the most tragic way. British amateur John Woolfe, driving the only 917 to have made it into private hands, crashed fatally. Debris also accounted for Amon's Ferrari, halving the already weak Maranello challenge.

Meanwhile the works Porsches took up position at the head of the field, but the parade was reduced by one when Stommelen’s 917 dropped back with what turned out to be a terminal oil leak. There was more trouble after four hours when gearbox problems claimed leader Siffert’s 908. Still, the German marque had plenty of other cars left.

Ickx remained confident: “I alone refused to accept defeat. I had this unaccountable belief that the Porsches were going to disappear from the scene between the 20th and the 21st hour, and this boosted the team’s morale when I told them.”

Through the hours of darkness the Porsche squad showed further signs of weakness. The Kauhsen 908 lost third gear, and then Herrmann/Larrousse wasted 30 minutes after a front wheelbearing failure. Just after half distance the recovering Larrousse nudged Schutz's second placed 908 off the road at the Mulsanne kink, and the German had a miraculous escape.

Suddenly the pressure was really on Porsche. The mighty six-car line-up had been decimated, and only one car was still running to plan – the 917 of Attwood and Elford, which led easily from the transmission-troubled Kauhsen/Lins. A humble 13th after two hours, Ickx and Oliver were a comfortable third by dawn, but still unable to match the Porsches on pace. 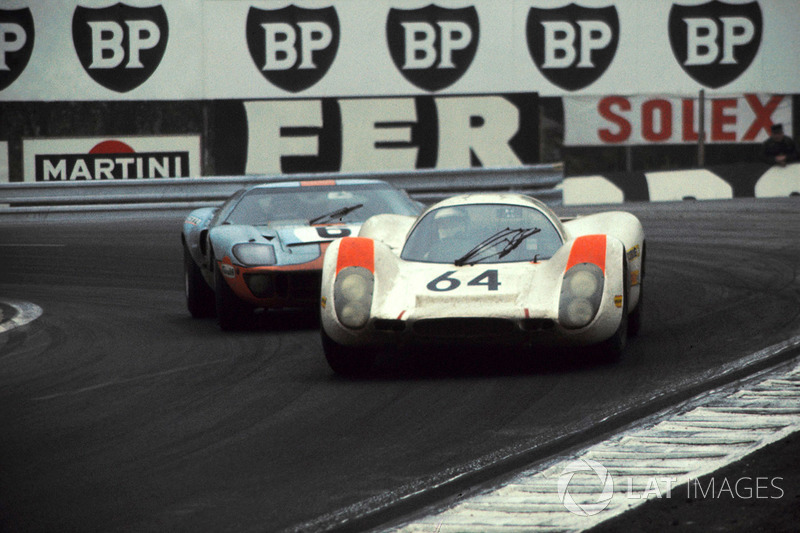 The surviving 917 motored round and round in the lead, but with just three hours to go, bad luck struck. First it had a delay with gearbox problems, and then a few laps later Elford was forced to park up for good.

Team mate Kauhsen should have inherited the lead, but his 908 retired at the same time when its gearbox issues resulted in complete failure. It was the 21st hour, and Ickx’s prediction had come true… And thus the Gulf car moved serenely into the lead.

“That race was all to do with the team management,” says Oliver. “David Yorke and John Wyer ran the thing like clockwork. We just picked up in the pitstops; that's what won the race – reliability and pit work. The drivers didn't really count for much.”

The only surviving 908 was that of Herrmann/Larrousse, still on the same lap as the leading Ford despite its earlier delays. It was now ordered to go flat out.

And so for Ford the battle wasn’t quite won, and the final part of the race turned into a sensational game of cat-and-mouse, with the lead changing constantly. Herrmann had the advantage on the straights, while Ickx, who’d taken on new brake pads so that the GT40 was on top form for the final hours, had the more stable car when slowing for corner entry – and he could leave his braking very late…

Ickx discovered that by slipstreaming his rival all the way down the Mulsanne Straight, he could stay close enough to outbrake the Porsche from 200mph-plus at Mulsanne Corner – and was then able to keep ahead all the way back to the finish line.

But just in case he couldn’t manage to get past there on the decisive final lap, he had another trick up his sleeve. Several times he deliberately let the German stay ahead at Mulsanne, and rehearsed a slingshot through Maison Blanche and a final lunge into the Ford chicane before the checkered flag. 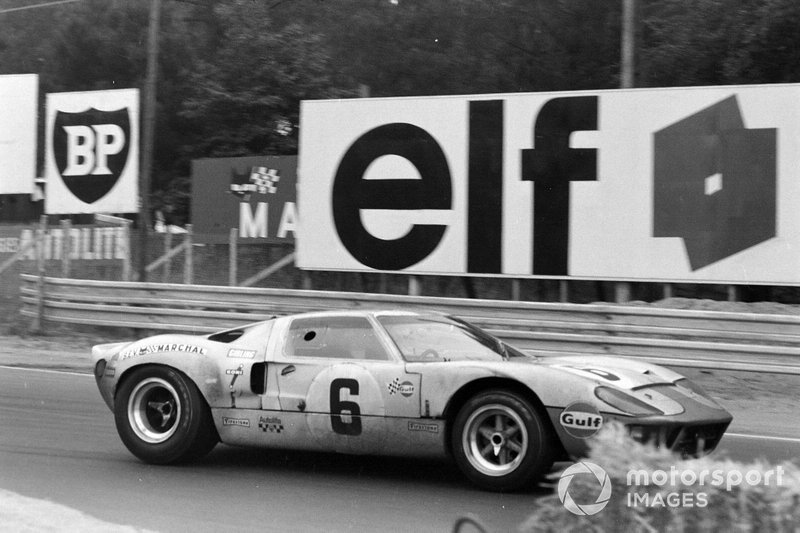 The victorious Ford GT40 of Jacky Ickx, Jackie Oliver, had new brake pads for the final stint. They would prove crucial to the success.

All this place-swapping made for spectacular viewing for spectators, who didn’t realise that Ickx was merely experimenting.

“Jacky always wanted to start and finish the races,” Oliver recalls. “They changed the lead two or three times a lap, as I remember.”

When the big moment came, Ickx duly snuck ahead at the end of Mulsanne and he thought he'd done it. However, there was no flag as he crossed the line with 15 seconds left on the ACO’s clock, and thus there was another desperate lap to run.

This time he eked out enough of a gap so that he was far enough in front of the Porsche at Mulsanne, so there was no need to switch to Plan B, and he hung on to win by less than 100 metres – and it meant that the very same chassis had won the race twice.

“What sticks in my mind after the finale which kept the crowd gasping are the 53 laps I drove in succession at practically my best practice speed,” said Ickx. “At the end of a 24 hour race, on a circuit which had become extremely slippery, and without ever having exceeded the authorised 6000rpm. It was a long time – three hours and 20 minutes under those conditions…”

It seemed inconceivable that the Porsche army had been beaten, but the men from Stuttgart would make up for it in years to come – considerably aided, ironically, by the driving services of Ickx.

Meanwhile the event helped to inspire Steve McQueen’s famous movie, which was made the following year – by which time Ickx had switched to Ferrari, and Wyer and Gulf had hooked up with Porsche. Ford’s glorious spell at the forefront of sportscar racing was over. 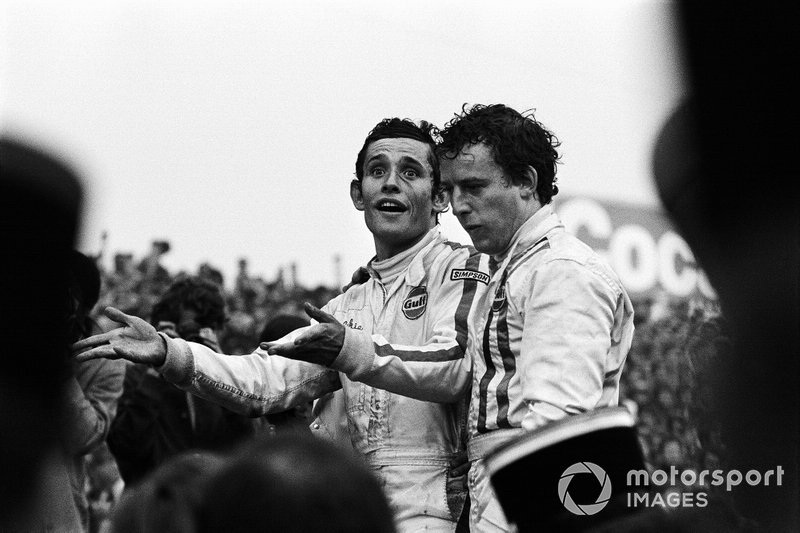 Ickx and Oliver won Sebring and Le Mans in ’69, but at least in the French enduro classic, Oliver credited the JWA management as being the prime cause of success.

Rebellion-Williams was left with 0.5 litre of fuel at finish

24 Hours of Le Mans Virtual: The biggest sim race ever?