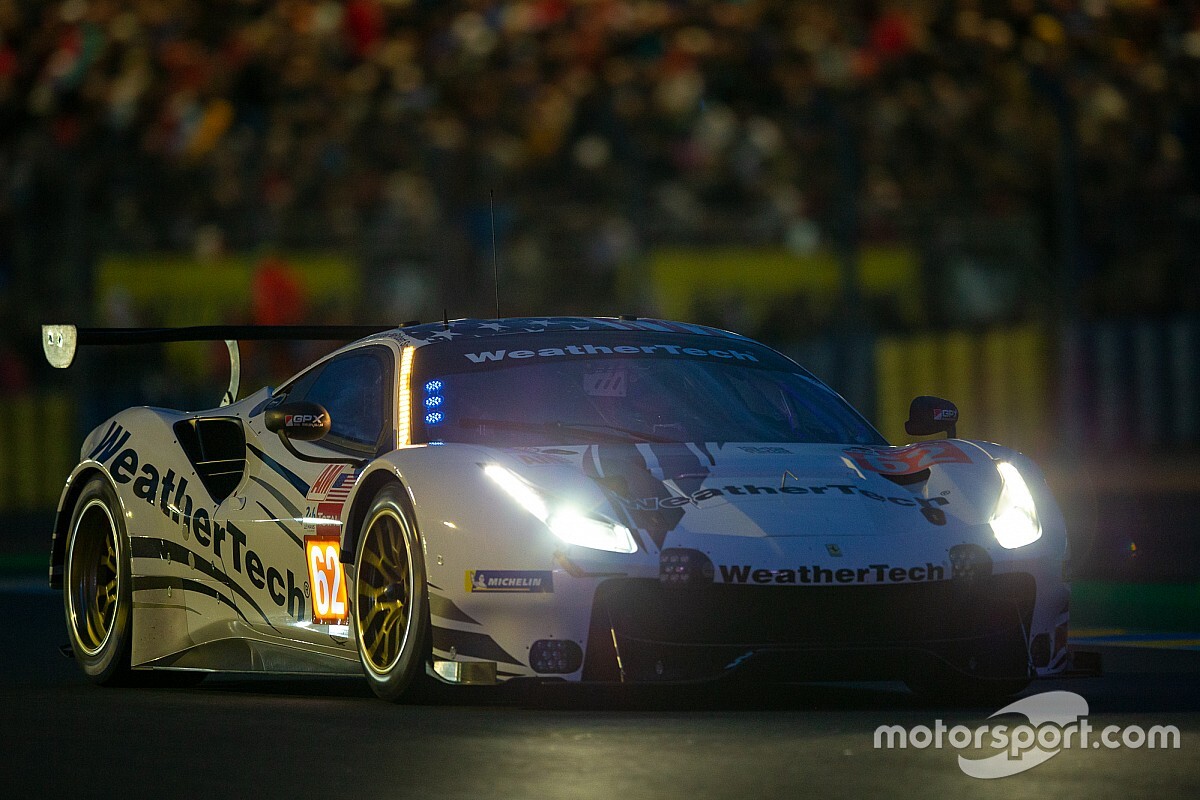 The WeatherTech Racing Ferrari 488 Evo of Scuderia Corsa has shifted from GTE Am to GTE Pro for next month’s Le Mans 24 Hours.

Cooper MacNeil, Toni Vilander and Jeff Segal will drive the No. 63 Ferrari GTE 488 Evo for the French endurance classic on September 19-20.

MacNeil drove with Segal in 2018 and with Vilander last year at the classic sportscar race and continues to share the entry with the Finn in the IMSA WeatherTech SportsCar Championship.

Segal scored a class win at Le Mans in 2016 with Scuderia Corsa, while MacNeil has two third-place finishes and Vilander has two wins.

MacNeil explained: "We made the decision to move our entry to Pro for several reasons. We had a couple of very good bronze drivers we were talking to, but with the COVID-19 pandemic and travel restrictions in different countries around the world we didn't have the 100 percent confidence that everyone could converge at Le Mans in September.

“We had to make a decision. You can't go to Le Mans with loose ends. We didn't believe we could put the type of entry together that would be up to our standards. Jeff and Toni are well known to our team and we have all driven together in the past. With the shortened Le Mans race week timetable, we felt our best chance for success is to go into the race with drivers who have raced together.

"I have driven with Toni and Jeff at Le Mans as well as in the IMSA WeatherTech Championship. We know each other very well and all have a lot of laps around Le Mans. I drove in the Pro category with Jeroen Bleekemolen in 2014 and we finished fifth, with just two drivers. I have a lot of confidence in our team and drivers going into next month. I think we are going to surprise a lot of people with our effort."

Vilander described this development as “great news”, adding: “Our driver line-up is very solid and we will help Cooper to get the maximum speed out of the car. In Pro, the Ferrari 488 will have some more horsepower, but he is used to that with all of the Ferrari Challenge racing he has been doing the past couple of years.

“Jeff knows the Le Mans circuit really well and is a master at coaching other drivers to get around there fast.”

Added Segal: “The decision to run in the Pro class was one that I wasn't really expecting, but the more I think about it, the more I'm looking forward to the opportunity and to this great challenge ahead…

“We will find ourselves competing against the very best GTE teams and drivers anywhere in the world. The other cars in the class are almost exclusively factory-backed efforts, so we have to be humble and recognize that we are arriving on unfamiliar turf, and with a big gap to close to these other teams.

“With that said, I'm looking forward to sharing the car with Toni and Cooper and seeing what we can do together with the Scuderia Corsa crew. You really never know how this race will unfold, and perhaps if we keep our noses clean and we stay smart and patient, we might be able to surprise some people at the end of the race.”