The pair have been snapped up by the British manufacturer for the 2019/20 FIA World Endurance Championship finale on June 13/14 after the end of the Ford GT programme last year.

Tincknell, who was part of the Multimatic-run WEC squad in 2016-2018/19, will drive the #97 Vantage GTE alongside Alex Lynn and Maxime Martin.

Westbrook, who raced a Ganassi Ford GT in the IMSA WeatherTech SportsCar Championship and at Le Mans in 2016-19, will share the #95 Vantage GTE with Nicki Thiim and Marco Sorensen.

AMR team principal John Gaw said that Aston had the "pick of the bunch" of available GTE Pro drivers after the end of the Ford programme and BMW's withdrawal from the WEC.

"We wanted drivers with good GTE experience who would fit in with the team," he told Motorsport.com.

"We sat down with existing our drivers and asked them who they wanted, because the chemistry in the team is important.

"It helped that Richard and Harry are British, but that wasn't fundamental in the decision."

AMR president David King added: "Every team wants to put itself in the strongest position to be competitive for Le Mans, and signing Harry and Richard is a big step in that direction."

Mazda IMSA driver Tincknell, who is close friends with Lynn, said: "To be honest I was quite flattered when I got the call.

"I was second in class with Ford at Le Mans in 2017 and would very much like to win it, especially because I don't think anyone else has won both LMP2 [which Tincknell did in 2014] and GTE Pro.

"I've raced together with Alex on and off since Formula Renault in 2010, so it will be nice to finally join up together."

Westbrook, who was left without a drive after Ford pulled out of IMSA, described signing for Aston as "a proud moment for a Brit".

"It's a good time to be driving for Aston, because it will be the third Le Mans for the new Vantage and the car has shown itself to be competitive on all tracks in the WEC so far this season," he said.

Westbrook explained that he was looking forward to renewing a driving partnership with Thiim, with whom he raced at the Nurburgring 24 Hours aboard an Abt Audi in 2014.

"We worked well together and wanted the same things from the car," he said. "He left a good impression on me and I'm sure vice versa — I know he recommended me."

Aston has stated that it currently has no plans for Westbrook or Tincknell to race at any of the WEC rounds leading up to the 24 Hours by way of preparation.

Both drivers have yet to test the Vantage GTE, although Westbrook was given a try-out in the GT3 version of the car at Snetterton before Christmas.

Turner and Adam will remain with their Aston GTE Am WEC teams for the French enduro. 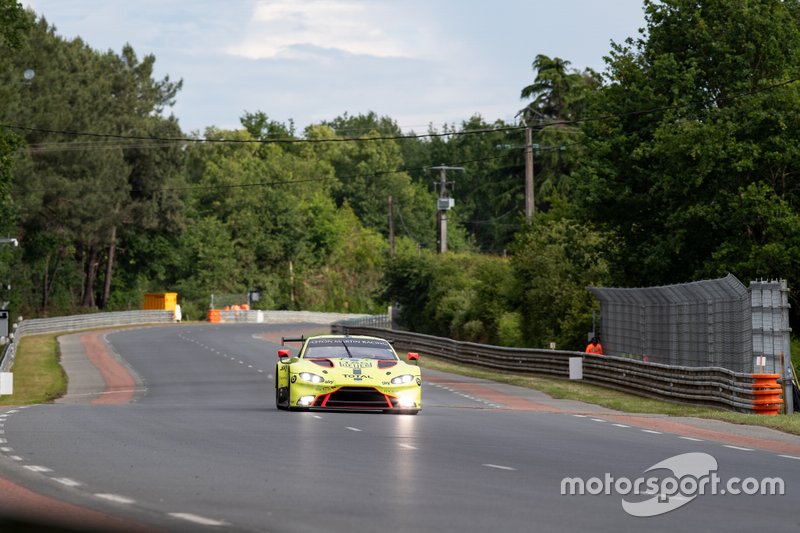