Burgess: Rossi must target wins, not just podiums for title 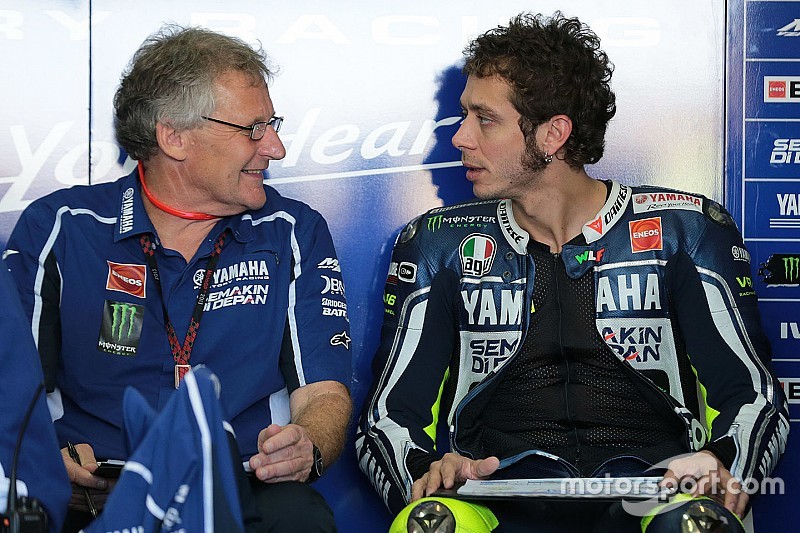 Valentino Rossi's former crew chief Jeremy Burgess believes it will be very difficult for the Italian to win his 10th world title just by targeting podiums, and says he will need victories to do it.

Burgess joined forces with Rossi the first year he entered the top category (2000), and all seven of the premier class titles 'The Doctor' has won were done so with Burgess as his chief mechanic.

At the end of 2013, once Rossi had completed his first year back at Yamaha after his two-year stint at Ducati, the Australian was replaced by Silvano Galbusera, with whom Rossi fell five points short of the title last year.

Last weekend, coinciding with MotoGP's arrival in Australia, Burgess was at Phillip Island to help organisers with some matters, and during a break he talked to Motorsport.com to review the current season.

Since retiring, the 63-year-old has been able to focus on less stressful activities than what he was used to when he worked alongside Rossi - or indeed Freddie Spencer, Wayne Gardner or Mick Doohan.

"I spend the day playing golf and tennis, and I watch the races on TV," joked Burgess, who has to rank among the most authoritative voices when it comes to speaking about the performance of Rossi.

"Maybe Valentino is not the quickest over a single lap, but he is still one of the strongest in the races. It's true that he hasn't won again, but he was very close to doing it in 2015.

"From my point of view, and unlike what most people think, he didn't lose the title in the final three races, but much earlier.

"He decided to focus on gathering podiums and that's how he approached the races, but that's not enough to be champion now, you have to win races."

Burgess also admitted being surprised by the errors his ex-rider has made, especially those that made him end up on the ground - contrasting his agility on the bike to that of Marc Marquez.

"Valentino has made several mistakes this year, with the ones in Assen and Japan catching my attention," said the Adelaide native. "The one in Holland was very unusual, because he doesn't normally crash when he's leading.

"Marc is capable of avoiding the crashes because he's very agile. Valentino, with the years, has become a bit slower in his reactions."