Andrea Dovizioso and Jorge Lorenzo secured a 1-2 for Ducati at Brno, a track that has not been kind to the Italian marque in recent years, the pair both beating third-place Marc Marquez.

Crutchlow had run as high as third, behind Dovizioso and Marquez, but ended up slipping to fifth at the finish, falling behind both Lorenzo and Valentino Rossi’s Yamaha in the closing stages.

“I had one massive moment at Turn 9, when the rear came around on me, with about four laps to go,” Crutchlow recalled. “That’s when the string snapped.

“I was able to be competitive, I felt I could’ve done the laptimes at the end of the race to be there, but as soon as you lose that slipstream from the Ducatis, you’re in trouble.

“That’s where they won the race today. They were slower than us in the corners, they can brake well, but they’ve just got an engine that you can’t believe. It’s a rocket.”

Crutchlow went on to suggest that Dovizioso and Lorenzo changed their fuel maps for the latter part of the race, but Dovizioso denied this was the case when Crutchlow’s comments were put to him.

“Nobody had a problem about the fuel,” the Italian said. “It was just about my riding, in the way I used the tyre, in the way I pushed. I didn’t change any map this race. 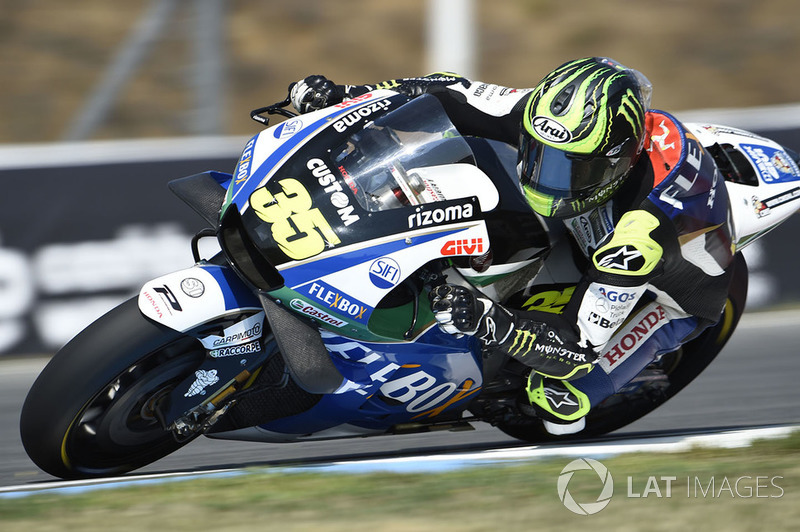 Crutchlow admitted that this weekend’s Austrian GP is likely to be a similar struggle, given how the Red Bull Ring’s ‘point-and-squirt’ layout has traditionally favoured Ducati.

Dovizioso narrowly beat Marquez at the Spielberg track last year, while Andrea Iannone secured Ducati’s first victory since the Casey Stoner era ahead of Dovizioso in 2016.

“It doesn't look so hopeful because of what we saw this weekend with regards how they [Ducati] can accelerate, how they can brake,” said Crutchlow. “But you never know.

“I think with the rest of us, me, Marc, Valentino, we sort of have a never-say-die attitude where we try to fight as much as possible and if we can do that next week it will be an interesting battle.

“But you can only do what you can do, it seems us fighting can only go so far when they [Ducati] are gaining in a straight line, not necessarily anywhere else.

“I think we will be in a lot better shape than last year. Our bike is strong this year and I think it will be stronger at Spielberg. Last year was a disaster, worst race of the year, but I’ll change that this year.”

Smith hits out at “reckless” Bradl after Brno pile-up