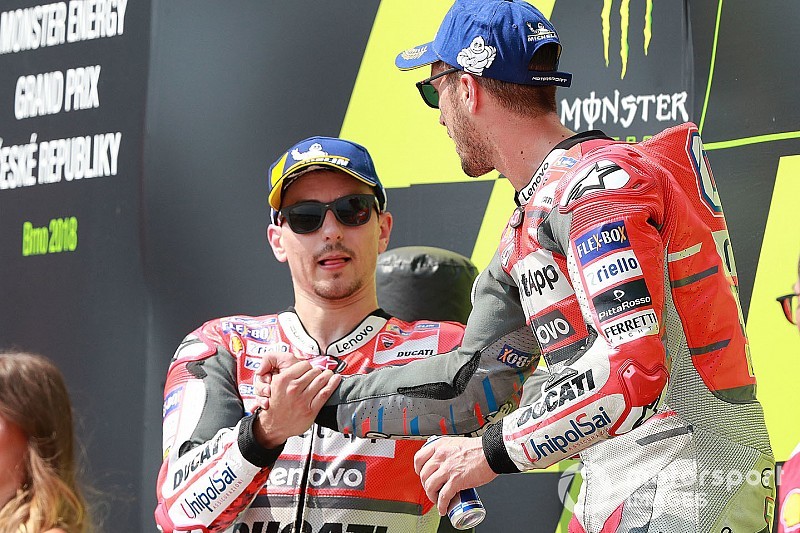 After the feud that broke out between Jorge Lorenzo and Andrea Dovizioso in Malaysia, Ducati will hold a meeting with both of its factory MotoGP riders together in order to clear the air.

A war of words broke out between the Ducati teammates at Sepang when Dovizioso commented after qualifying on Lorenzo being forced to withdraw from a fourth consecutive race due to injury.

Dovizioso insinuated that Lorenzo regularly finds himself in these kinds of situations and that somehow Ducati allowed him to do it - prompting a furious response from the Spaniard on Twitter.

After finishing the race sixth, Dovizioso played down the squabble, saying only that Lorenzo attached too much importance to his words and understood them wrongly.

Asked about the situation, Ducati sporting director Paolo Ciabatti admitted to Motorsport.com that the Bologna marque has already planned to sit its two riders on Tuesday in Milan to make it clear what its priorities are.

Ciabatti said: “It is clear that the interests of Ducati come before personal problems between riders.

"On Tuesday we will be together in Milan, for the EICMA [motorcycle show] and we have in mind to spend half an hour to sit and talk to Jorge and Andrea.

"We want to avoid similar things to what happened last weekend.

"I understand that these kinds of situations can happen. Sometimes riders get nervous during a Grand Prix weekend and on a rainy day, with tricky conditions, sometimes they say things they shouldn’t have said."

Dealing with this kind of situation is not new for Ciabatti, who had to intervene when relations soured between Dovizioso and then-teammate Andrea Iannone in 2016.

That was after Iannone took out Dovizioso while the pair were fighting for second on the final lap in Argentina.

“There are moments in which you have to say ‘stop’," Ciabatti added. "Ducati is more important than its riders’ egos, and I think they [Lorenzo and Dovizioso] are both clever enough people to understand that." 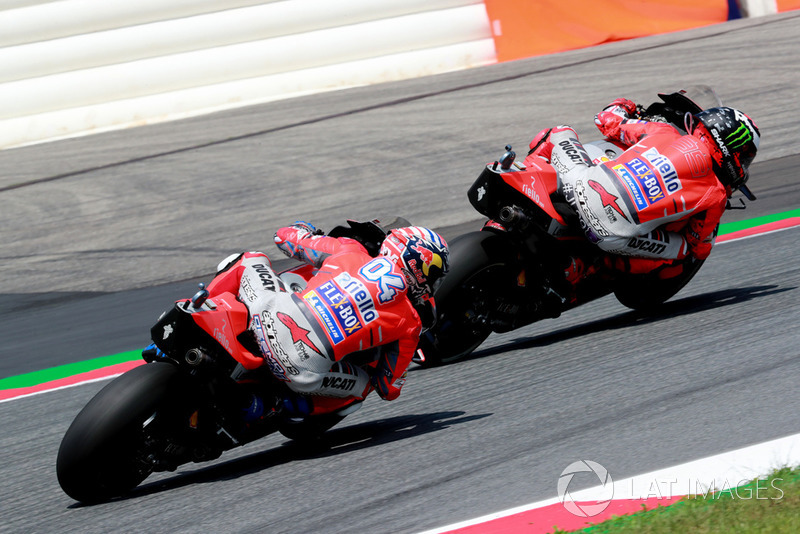