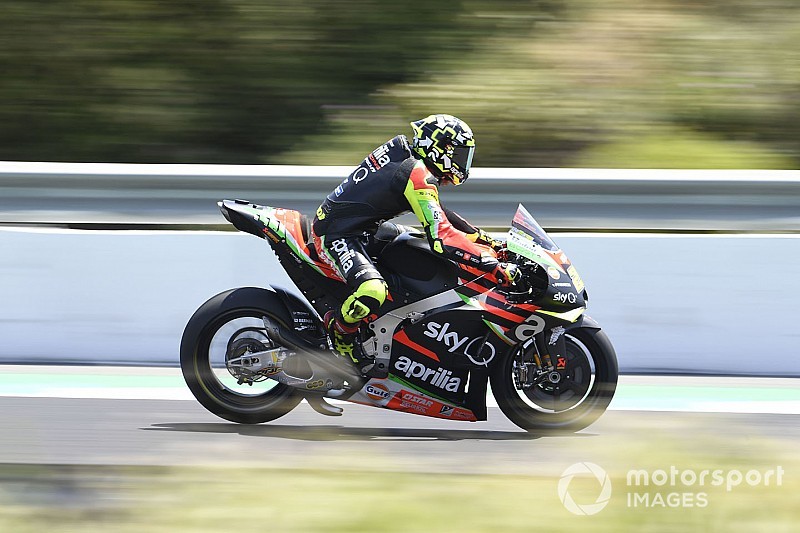 Aprilia rider Andrea Iannone has been declared unfit to participate in MotoGP's Spanish Grand Prix following a crash on Saturday.

Iannone hurt his left ankle in a heavy tumble at Turn 11 in FP4, which took place right before qualifying.

He was taken away on a stretcher and was later seen to be requiring help to walk in his garage.

Iannone was taken to the medical centre after his incident for x-rays, the Italian missing qualifying as a result.

He then also underwent medical checks on Sunday morning, after which he was ruled out of taking part in the race.

In his seventh season in MotoGP - his first with Aprilia - Iannone is yet to finish better than 12th in the first three races.

The former Ducati and Suzuki factory rider recently claimed that he is currently sacrificing strong results in order to help Aprilia develop its bike.