Jack Miller says he has been trying to emulate the “smart” braking style of fellow Ducati MotoGP rider Andrea Dovizioso, believing it to be a major factor in the Italian's current level. 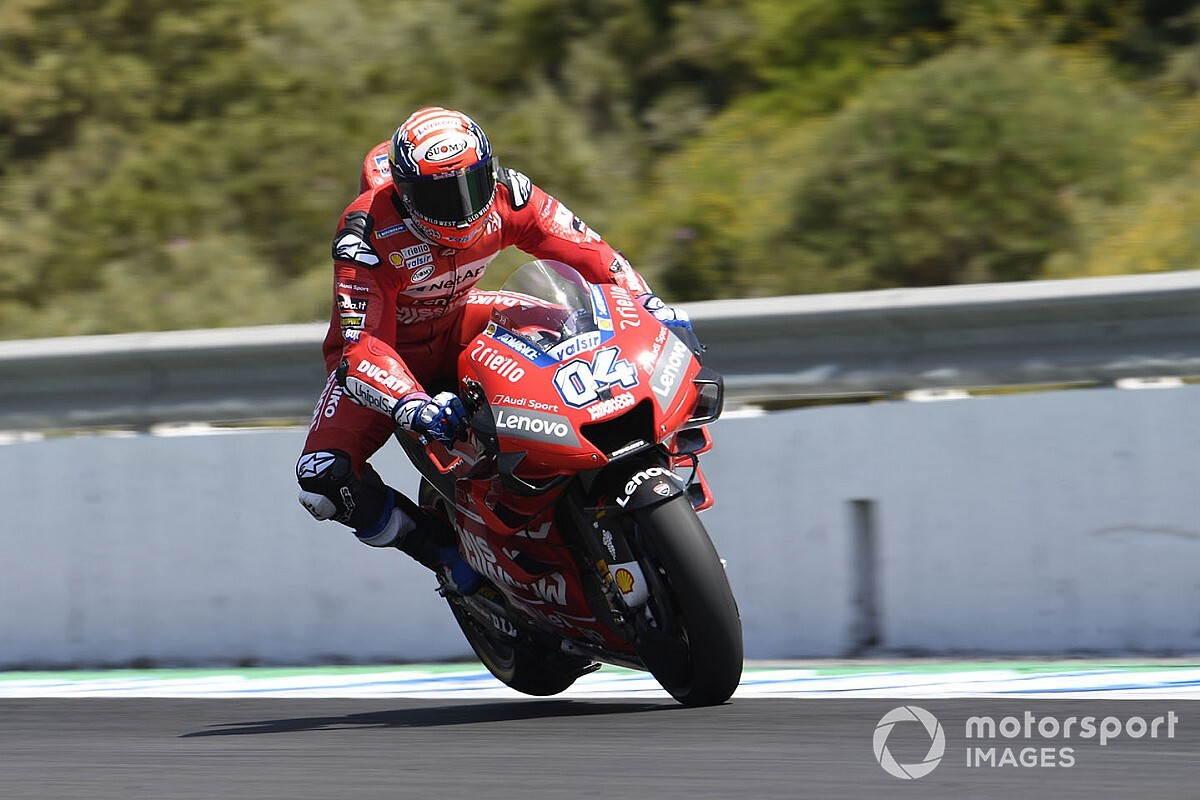 Dovizioso has been Ducati's benchmark rider for several years now, and has continued this trend on the Desmosedici GP19 bike.

He won the 2019 season opener in Qatar, and is comfortably outscoring both new works teammate Petrucci and Pramac's GP19 rider Miller.

Speaking to media at the Spanish Grand Prix at Jerez, Miller acknowledged that he has been studying Dovizioso's data, and pointed to braking as a major difference in their riding styles.

“He's a late braker - I wouldn't say he's the latest, I'm pretty sure I can go later than him,” Miller said of Dovizioso. “It's almost a negative thing for me, that I brake too late.

“For me he's one of the smarter brakers, let's say. He knows when to brake and how to get it stopped in time for the corner, whereas myself I'll go deep and carry the brakes all the way to the middle of the corner, and squish my tyre - it may work for only 10 laps, but I do it.

“So I'm just trying to use his, let's say, racing smarts, try and copy that side of things.”

Miller explained that while he takes a bit to “work up to a strong point” when it comes to braking into a corner, Dovizioso is “more starting directly, bang, a lot of brake, and then slowly tapering off more as he gets to an angle”.

This, Miller recognises, helps Dovizioso manage corner speed and is particularly beneficial for the longevity of the front tyre.

For his part, the Australian rider stresses that he has made progress in terms of mid-corner speed since joining Ducati last year, after a three-year stint on Honda MotoGP machinery.

“I've been working on that a lot and I've definitely improved in this area a lot from when I first came from Honda, because I feel this was some of the characteristics from the Honda, and also from the [previous tyre supplier] Bridgestone a little bit, so just trying to adapt to that last year.

“I feel we're getting in the right direction, but for sure it [braking straight] is still one of my weaker points, because I was one of the worst, I carried the brakes all the way until I start to open the gas. So it was just one of those things I really had to try to learn.”