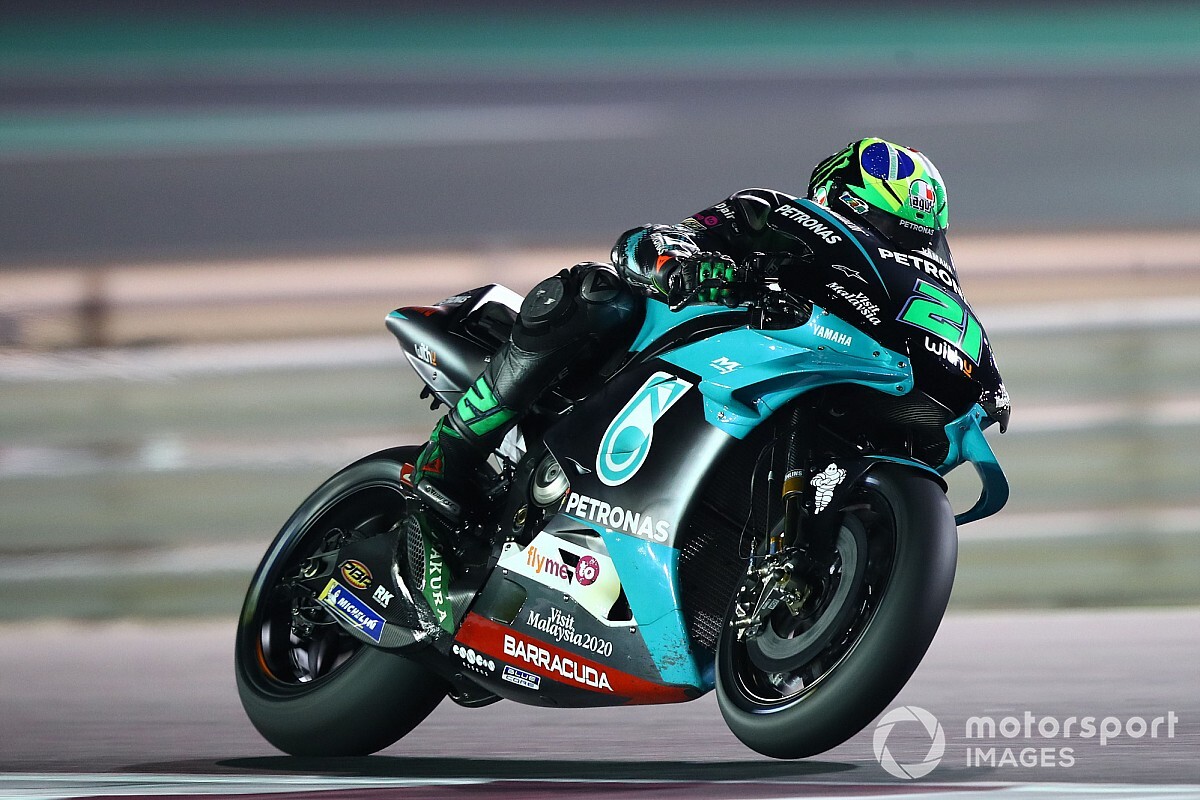 Franco Morbidelli will remain with Petronas Yamaha in MotoGP until the 2022 season after signing a new two-year deal with the outfit.

Morbidelli joined the team for his sophomore campaign in the premier class last year aboard current-spec Yamaha machinery, and ended up 10th in the standings having managed a best result of fifth on four occasions.

The Italian had been expected to remain with Petronas for 2021 after teammate Fabio Quartararo was signed to the works Yamaha squad for next year.

Commenting on his new two-year deal, Morbidelli said: “I’m very pleased to be renewing with Petronas Yamaha Sepang Racing Team as we had such a great season together last year, working with a great drive to achieve success.

“I think it’s important for me to continue with the same team, bike and environment going forward as it feels great to work with them. We all work well together and it’s great fun to work with all the Petronas SRT crew.

“I want to thank them for this opportunity that they are giving me as it’s such an honour to ride for them.

“I will be working hard to give them even more and even better results than we achieved in our first year together.

“I’m now looking forward to getting racing again to show our potential and I’m just so happy to have the chance to keep on doing what I love to do with a team I love.”

Morbidelli’s teammate for 2021 is expected to be his mentor Valentino Rossi, with a deal thought to be announced imminently.

The nine-time world champion is thought to have agreed a deal for 2021 and has an option to extend his stay into 2022 should he wish.

Morbidelli made his MotoGP debut in 2018 with the Marc VDS Honda team having won the previous year’s Moto2 world title.

He is one of two VR46 Academy prospects to have become a world champion in grand prix racing and made the step to MotoGP, with 2018 Moto2 champion and current Pramac Ducati rider Francesco Bagnaia being the other.