Alex Rins insists he is not fazed by Suzuki losing its technical concessions for the 2019 MotoGP season after Andrea Iannone’s Aragon podium finish. 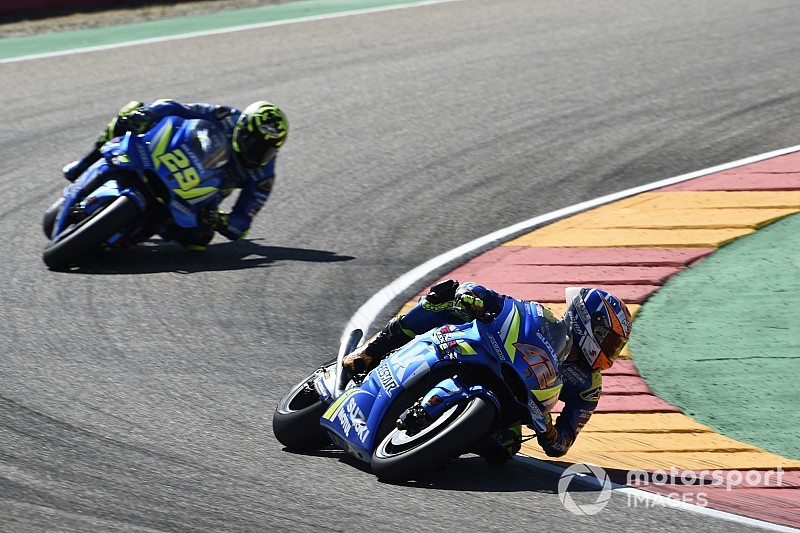 After a lacklustre 2017 season devoid of any top-three results, Suzuki went into the 2018 season with the ability to develop its engine freely and conduct unlimited testing.

However, a run of three podium finishes for Iannone early in the year, coupled with a second-place finish for Rins at Assen in June, put the Japanese marque on the brink of the threshold at which these benefits are taken away.

“Not happy and not worried, [feeling] normal,” Rins said of the prospect of heading into 2019 without the concessions. We have the pre-season to prepare the engine, the bike.

“For sure this season in Assen they bring a modification on the engine with two or three more km/h on the straight, but the basic engine was the same.”

Suzuki admitted its ’17 campaign was effectively wrecked by Iannone making the wrong choice of engine specification during winter testing, which it was unable to correct as per the engine freeze rules which affect all manufacturers without concessions.

But Rins was out injured at the time Iannone made the engine specification choice, and is confident he won’t make the same mistake as the Italian come next winter. 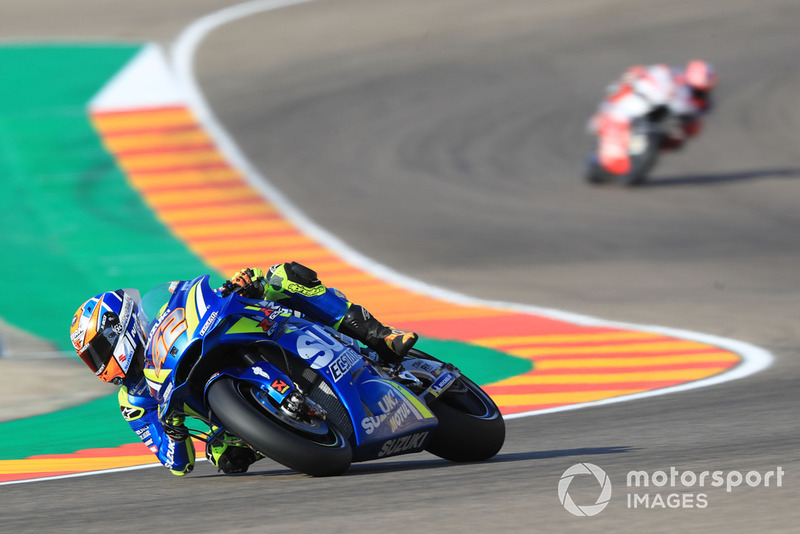 Iannone, who is leaving Suzuki to join Aprilia at the end of the season, spoke in detail about where he feels the GSX-RR bike is still lacking in comparison to Honda and Ducati.

He explained: “Especially when we pick up the bike, we struggle a lot. We have spin, [we] slide in this area, it’s really difficult.

“When you don’t accelerate well it’s really difficult to recover all [the lost time] on the braking points.

“Also I think in MotoGP now the top speed is also important, Honda and Ducati have a really good top speed – on the straight, I lose a lot.

“In the fast corners and long corners, we recover a lot, especially on entry, we enter at really high speed, compared to the other manufacturers.

“It’s a positive point in some tracks; in other tracks it’s a negative point, because when we have a really high corner speed, we use a lot the edge [of the tyre].

“When I recover the throttle, we don’t have a lot [of the] tyre on the ground, and [when] the bike goes into a slide, it’s difficult to pick up and accelerate fast.”

He concluded: “I finish my relationship with Suzuki at the end of the year, but I want to continue to work at 100 percent to close the season the best [way possible].” 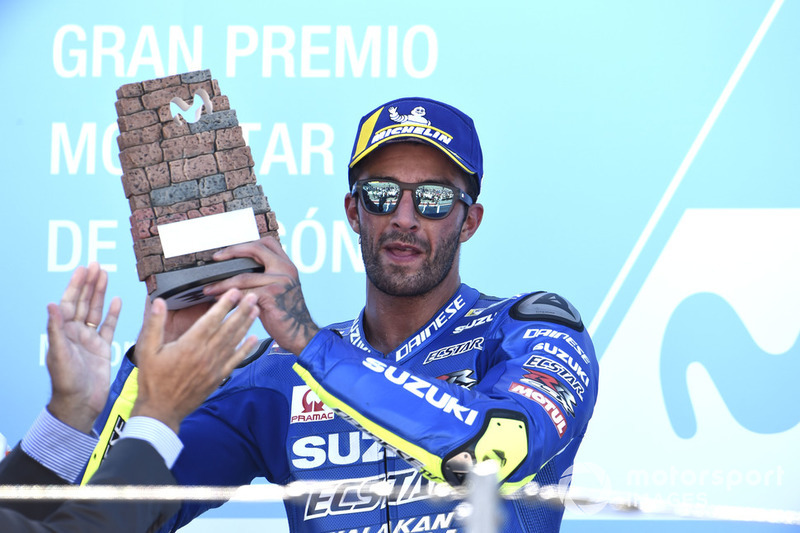