The Malaysian motorcycle Grand Prix schedule for Sunday has been revised to counter the threat of rain, with the MotoGP race brought forward by two hours.

The decision to alter the schedule came amid the continued delay to premier-class qualifying due to torrential rain hitting the Sepang International Circuit shortly before the start.

With weather forecasts suggesting that a monsoon would similarly arrive at the track shortly before the scheduled race start, riders had requested a change to the race time on Friday during the Safety Commission meeting.

That request was initially turned down, but the organisers have now acquiesced.

The Sunday morning warm-up sessions for the three grand prix racing categories have been brought forward by between 50 minutes and an hour, while the races are to begin two hours earlier.

As such, the Moto3 race will kick off at 10am local time and the Moto2 race will commence at 11.20am.

The MotoGP race will now start at 1pm local, which translates to 5am GMT.

Torres ruled out of Sepang race 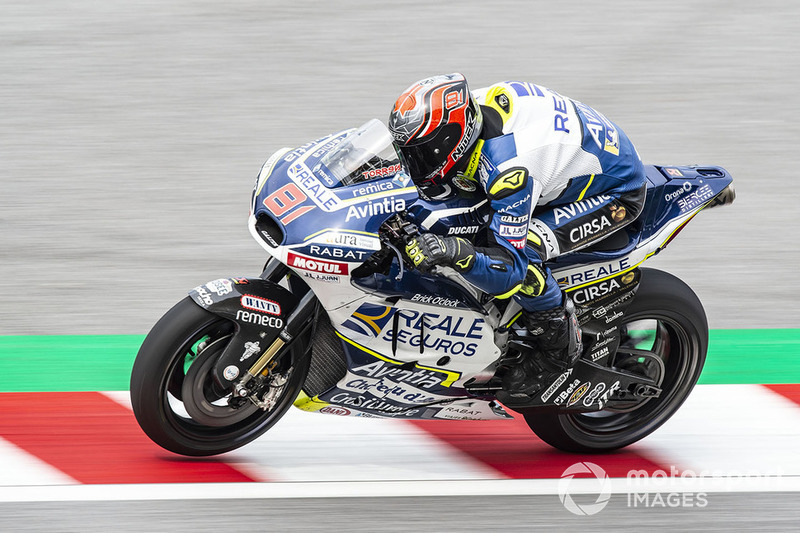 Maverick Vinales, Karel Abraham and Jordi Torres had all crashed when rain made its sudden appearance in the FP4 session ahead of qualifying.

And while Vinales and Abraham escaped without major injury, Torres was taken to the medical centre and subsequently emerged with a cast enveloping his left hand.

The Spanish rider, who is competing as the replacement for the injured Tito Rabat at Avintia Ducati, sustained a finger fracture and is now set to undergo surgery.

"When I ride in, I enter into Turn 9, it's completely dry, very hard, we do the change direction early in Turn 10 - and for sure I don't see any rain or nothing, any also flag to advertise [rain]," Torres said.

"And you pass from dry [track] to completely wet in two metres. And you don't see nothing about rain, drops, or something like this.

"I have the big finger [thumb] broken, we have a surgery for Tuesday."

What Marquez will we get on his much-needed MotoGP return?

As Marc Marquez’s comeback draws nearer, the six-time MotoGP world champion will have the eyes of the motorsport world on him to see if his incredible speed returns instantly. How Marquez deals with this could be key to both what he and the wider grid faces in 2021