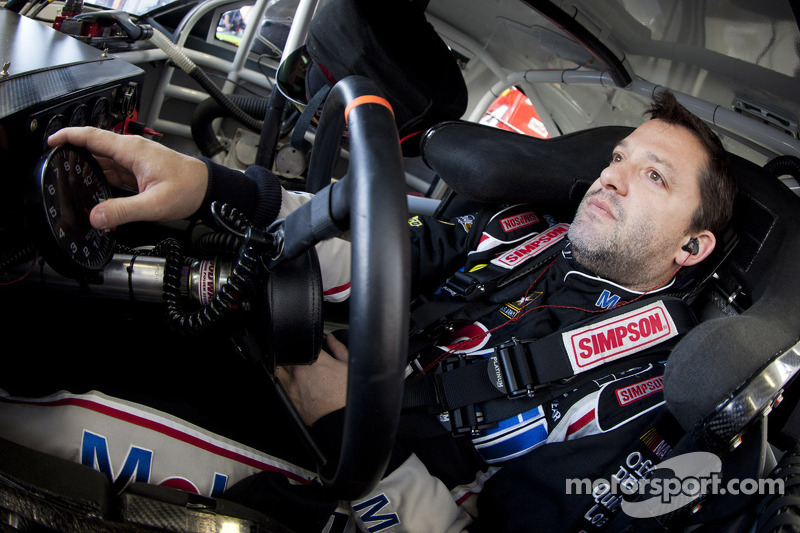 Stewart-Haas Racing team co-owner Tony Stewart announced during a press conference at Talladega (Ala.) Superspeedway on Friday that Bass Pro Shops would be primary sponsor on the No. 14 SHR Chevrolet, driven by Stewart, for 18 races in 2013.

The addition of Bass Pro Shops to the No. 14's sponsor lineup takes care of most of the races in which the team previously counted on Office Depot for sponsorship funding. Office Depot is leaving Stewart-Haas at the end of the year.

The best part is, it's not just a business partnership, but a friendship that has evolved.

Stewart already has a long-running relationship with Bass Pro. The outdoor retailer has already sponsored Stewart-owned cars in the World of Outlaws sprint car series, and the car owner has had a personal services deal with the company for more than 10 years.

"We got introduced and started working together," Stewart said of his relationship with Bass Pro Shops CEO Johnny Morris. "It's grown over the years. There was never an opportunity like this to do something together until now. The best part is, it's not just a business partnership, but a friendship that has evolved."

"No doubt, our involvement in NASCAR was a big part of building our brands," Morris said. "We think racing helps grow the sports of hunting and fishing."

Bass Pro is ending its primary sponsor relationship with EGR, but will continue on with RCR, according to Morris.

"Our agreement came to an end (with EGR) and had a once-in-a-lifetime chance to do something with Tony," Morris said. "We're still really close with Chip (Ganassi) and Jamie and hope to do some things with them in the future."

The announcement came days after the organization announced that it was extending its relationship with Quicken Loans to sponsor Ryan Newman's No. 39 Chevrolet in 18 Sprint Cup Series races in 2013. Quicken Loans has a nine-race deal with Stewart-Haas for the No. 39 car this season.

Stewart-Haas Racing currently fields two cars full-time in the Sprint Cup Series -- Stewart's No. 14 and Newman's No. 39. The organization also has a partnership with Tommy Baldwin Racing to put Danica Patrick behind the wheel of the No. 10 TBR Chevrolet on a part-time basis. SHR builds and prepares the No. 10 when Patrick drives the car. Tommy Baldwin Racing takes care of the car in other races for driver David Reutimann.

Patrick is expected to drive full-time for Stewart-Haas Racing in the Sprint Cup Series next year, expanding the organization to three full-time teams.

Bowyer on Talladega: A dangerous wild card race for the Chase