Chase Elliott dejected after Dover loss: "I gave it away" 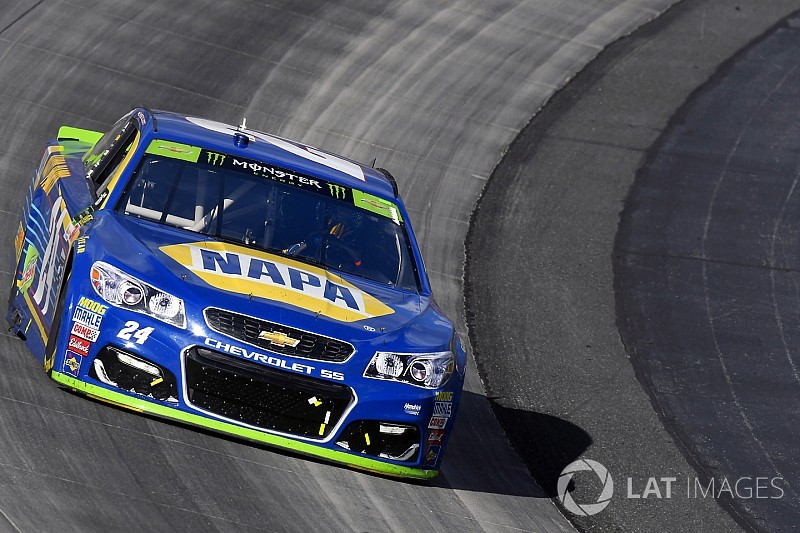 Chase Elliott was completely crushed by the Monster Mile — and Kyle Busch on Sunday.

After leading a race-high 138 laps — including 59 circuits in the final stage — Busch reeled the No. 24 Chevy in and completed the pass coming to the white flag in the Apache Warrior 400.

Elliott, 21, who is still seeking his first Monster Energy Cup Series win after 70-race starts, was devastated after climbing from the car.

“I’m just so disappointed in myself,” Elliott said. “Golly, I couldn’t have had it any easier. It ran green from the stage break all the way to the end. And, I gave it away. I appreciate my team and their efforts today. The pit stops were great and they kept us in the ballgame. I didn’t.

“You look back and maybe you could have done some different — but I didn’t. It’s such a bummer. It’s such a disappointment for my team. I really don’t have a whole lot to add.”

Elliott was handed a gift when Kyle Larson had to drop out of the lead prior to the restart of the final stage to reset his electronic control unit. He inherited the point and led 78 laps before his final pit stop. Once he cycled back to the point on Lap 340, Elliott extended his lead to 4.5-seconds over Busch before hitting lap traffic in the closing laps.

“It was all just lap traffic ahead and I fought it,” Elliott said. “If I had a clean track, I could have run as fast as he did but I didn’t and I should have done something different. So, that’s just on me. He didn’t a better job than I did and at the end of the day, that’s what it comes down to.”

“I know I can’t help the situation, but I thought maybe I could let him get a few cuss words out before he had the cameras and everybody else listening,” Johnson said. “I feel for him. I feel for that No. 24 team, great group of guys and man, they have been so close and I know today stinks.

“But, we are getting our cars going the right way and I know he is going to be a factor in Charlotte.”

Neither speed or advancing to the Round 2 of the playoffs provided sufficient solace for Elliott following his loss.

“I appreciate his friendship and him willing to come over and talk to me,” Elliott said. “It shows the kind of person he is but it doesn’t fix my lack of performance this afternoon.”

Dover did little to alter the playoff picture