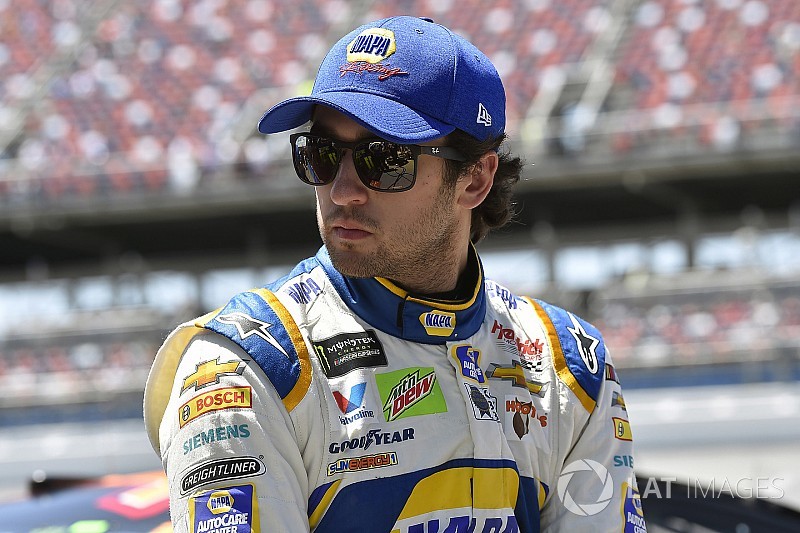 At the end of Sunday’s race at Talladega (Ala.) Superspeedway, Chase Elliott was the lone man on an island and it didn’t appear there was any help on the way.

As the GEICO 500 drew to a close, Elliott was the only Chevrolet driver in the top-five and his nearest teammate was Alex Bowman in seventh.

Elliott clearly wanted to try to something to dislodge Joey Logano from the lead – he looked both high and low – but he couldn’t find anyone to join him in his journey.

He ended up settling for a third-place finish.

“I got to the end and those guys around me were working together so much. I thought for sure one of them wanted to win a little worse than what they did,” Elliott said after the race. “They were being very patient with one another and I was surprised by that.

“If it was me, I feel like I would have wanted to try or do something. Those guys weren’t having it. I was trying to move forward and make a lane and push and they were not interested in advancing.”

While Logano had no teammates up front with him, he did have several fellow and very fast Ford drivers – such as Kevin Harvick, Kurt Busch and Ricky Stenhouse Jr. – who remained in line behind him.

As it turned out, with one lap to go, Busch was the one who pulled out of line but he couldn’t muster a pass on Logano before the finish.

“We had a solid car. I don't think it was the best car today, but we had a good car,” Elliott said. “Our team did a nice job overcoming a little bit of damage there mid portion of the race.

“Alan (Gustafson, crew chief) made a good call there towards the end to ultimately get us some track position and have a shot. It was a pretty wild afternoon.

“The cars were hard to drive. I think that scared some people off from running three-wide and four-wide. That was interesting, as well. So, (it) could have been worse.”

After a difficult start to the season, Elliott has rebounded from a low of 23rd in the Monster Energy NASCAR Cup Series standings with a second and third the last two races that has allowed him to move up to 18th.

There could be more good news on the way – the series moves to Dover (Del.) International Speedway, where Elliott has not finished worse than fifth in four series starts.