Winning a Chevrolet Camaro and a trip to meet Dale Earnhardt Jr. at his dealership in Florida would be icing on the cake for a fan of the #88

I caught the racing bug in late 2003. The first Daytona 500 that I watched on television was the 2004 edition of the race.

It was NASCAR at it’s best. An amazing storyline for the sport's most popular driver, winning the biggest race that only years earlier legitimized his fathers career, but also took his life. 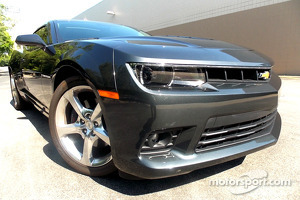 The Chevrolet Camaro SS available to win from the Dale Earnhardt Jr. dealership

Over the next ten years I would study mechanics through high school, and then chase a career in photojournalism as my means of following the racing world.

A couple newspapers later, I found myself working full time in the industry and assigned to cover the 2014 Daytona 500.

Funnily enough, this year’s Daytona 500 was my first live NASCAR race…and again, a a great storyline would play out, in more ways that one.

After a 6-hour rain delay, we got back racing under the lights. The #88 of Earnhardt Jr. flexed his muscle on track, showing his strength. 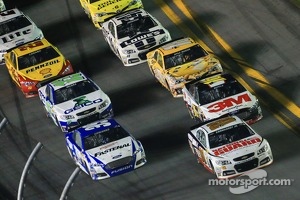 There is no clapping in the press box, however.

Since that race I have logged onto eBay, bought my piece of Kyle Larson’s wrecked car for my “man cave”, I have my credential and a program and a fantastically extensive photo gallery from 2014 Speedweeks to remember it by.

But I found one more thing to add to your Dale Earnhardt Jr. collection.

You have a chance to get flown meet NASCAR’s most popular driver at his own Chevrolet dealership in Tallahassee, Florida and take home a brand new, 2014 Camaro ZL1.

Check out this contest by eBay. Link.

I have to admit, I am skeptical of most online contests…but this one is sweet. Between the car and the trip to meet Dale Jr…how can you lose. And to enter, all you do is log your vehicles into your personal eBay garage. No you are not selling your car, it’s a function that allows you to find parts and see similar makes and models and what they are worth. Took no time at all, and now I am entered to win a Camaro…oh and meet Dale Jr.