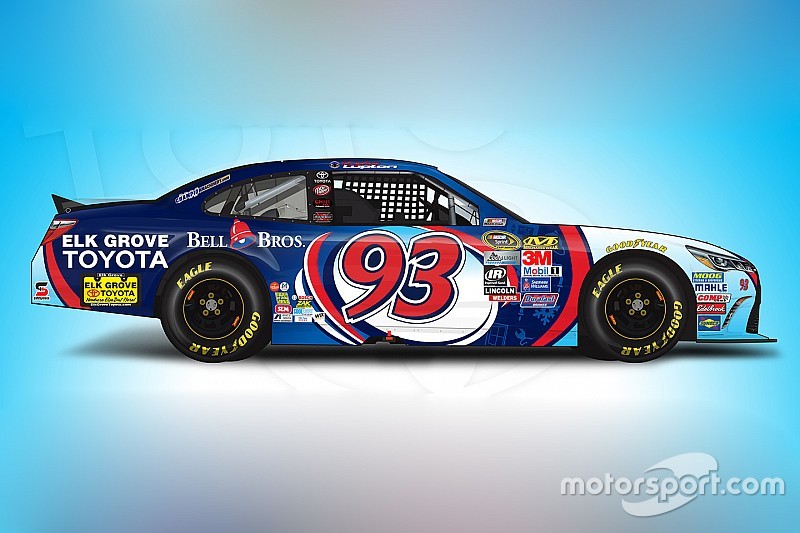 Former NASCAR Next driver Dylan Lupton will attempt to make his Sprint Cup Series debut next weekend at Sonoma, Calif., with BK Racing.

Lupton, 22, will drive the No. 93 Toyota in the June 26 road course race and veteran Mike Ford will serve as his crew chief.  The team has secured sponsorship from Elk Grove Toyota and Bell Bros. Plumbing Heating & Air.

“It’s been a long time coming, I guess,” Lupton told Motorsport.com on Thursday. “Mike Ford and I were talked in the hauler at Las Vegas about what we were going to do after the Xfinity races I had. He thought it would be a good opportunity to talk to Ron Devine (co-owner) at BK Racing, where he had worked in the past.

“After Talladega, things got a little more serious. We wanted to start off at Sonoma just because I have quite a few laps there already and I have always run good there.”

Right now, Lupton said he has just the one race lined up with BK Racing, but they have discussed the possibility of running up to a dozen events together in the Cup series this season.

“Nothing is set in stone beyond Sonoma but we’ve talked about more,” Lupton said. “We’re going to take it race-by-race at the beginning to see how things go. We just want to make sure everyone thinks things are going smoothly.”

Lupton, a California native, believes his prior experience at Sonoma will help him get acclimated to the Cup car next weekend. In two previous K&N West races at the track, he finished third (2014) and eighth (2013).

“I’ve run six or seven road courses in the K&N series in the last three years and we’ve generally run in the top-five in each one,” he said. “It’s like going home for the Sonoma race, which is another reason I wanted to make my debut there.

“My racing career really began racing on top of the hill at Sonoma on the go-kart track. When I was 13, the first time I raced in a go-kart was at Sonoma and it was my home track. I’d be there almost every weekend. It couldn’t have worked out any better, really.”

The struggle of finding a fulltime ride

Lupton graduated last month from UNC Charlotte with a degree in finance. For now, he is continuing to focus on obtaining a fulltime ride in NASCAR and knows there are no guarantees.

“It’s tough. I think everyone out there faces the same struggles. You definitely need to be able to take rejection – and I thought high school was bad,” he said. “The most frustrating thing, I would say, is you talk to these race teams and you have this grand plan, you can see your future and how bright it could be, and then you have to go out and get sponsors.

“That’s the hard part. To be honest, for me it’s been a little bit easier to get sponsors for this Sonoma race and I found a little bit more traction talking to companies just because it was a race in the Cup series.”

Lupton remains confident he can be competitive in the race.

“It’s definitely going to be a learning experience but we have a great group of people behind us.”