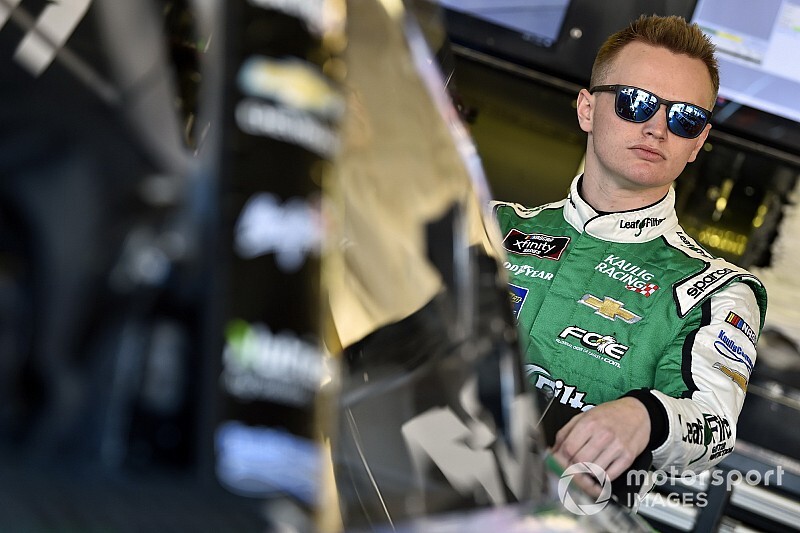 Justin Haley will have the opportunity to win his second consecutive NASCAR Cup Series race at Daytona International Speedway.

Haley was the surprise winner of last July’s Coke Zero 400, gaining the win in Spire Motorsports’ No. 77 after Haley’s team had elected not to pit, remain on the track and take over the lead before rain shortened the event.

Haley, 20, is competing fulltime this season in the Xfinity Series with Kaulig Racing and Kaulig announced Friday it would field the No. 16 Chevrolet for Haley as he attempts to qualify for the Feb. 16 Daytona 500. The Fraternal Order of Eagles will serve as the car’s primary sponsor.

“It is an honor for me to compete for a starting spot in Kaulig Racing’s first NASCAR Cup Series race,” Haley said. “The F.O.E. has been with me since 2016. The Eagles were on my car when I won in July at Daytona, so it’s a great fit for them to be back on my car as we try to lock ourselves into the Daytona 500.”

During his 2019 Xfinity Series rookie season, Haley finished with four top-five and 20 top-10 finishes, including a runner-up finish last July at Daytona.

“I am super excited to attempt not only our first NASCAR Cup Series race, but our first Daytona 500,” said team owner Matt Kaulig. “To be competing at the World Center of Racing on the main stage is incredible, especially for our team that began just four years ago.

Kaulig Racing will field three entries in the Xfinity Series season opener at Daytona with Haley, Ross Chastain and A.J. Allmendinger. Haley and Chastain are running fulltime in the series this season.