Keselowski: "Tremendous honor" to get Mustang its first Cup win 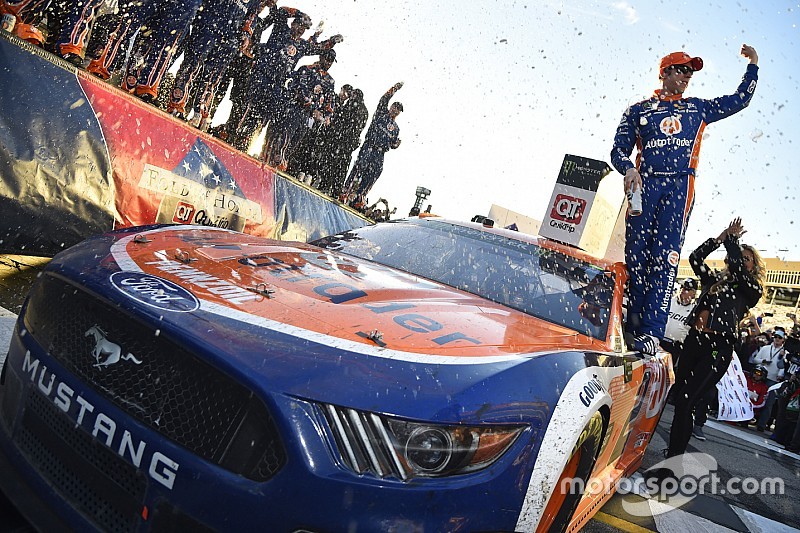 The Ford Mustang didn’t win in its first race out in the Monster Energy NASCAR Cup Series but its victory Sunday at Atlanta could be far more telling.

Brad Keselowski’s victory on Sunday gave the famous pony car its first win in the Cup series in just its second official outing.

With the win coming on a track that is far more indicative of how much of the season’s races are run – including NASCAR’s new aero package – the performance may well bode well for Ford’s Cup teams this season.

“This is a great day for Ford and it’s a testament to what can be achieved when everybody works together toward one common goal,” said Mark Rushbrook, global director, Ford Performance Motorsports.

“So many people were involved in the design and development of Mustang – from team engineers to design center staff at Ford to our internal team at Ford Performance – we all worked together on this project over the last 18 months and to see it end with a victory in just the car’s second race is beyond satisfying.”

“This is a tremendous honor to be the one to give Mustang its first win in the Cup Series,” said Keselowski. “I know how hard everyone at Ford Motor Company and Ford Performance have worked to bring this car to the race track.

“To see it go to Victory Lane in the second race is just a testament to all the hard work and dedication from everyone involved. Switching to the Mustang was, to me, a big showing of Ford’s commitment to NASCAR long-term.

“It is always great to leave your mark on that legacy and be the first one to win under those terms.”

Since becoming Ford’s model of choice in the NASCAR Xfinity Series in 2011, the Mustang has won three driver’s championships and six owner’s titles.