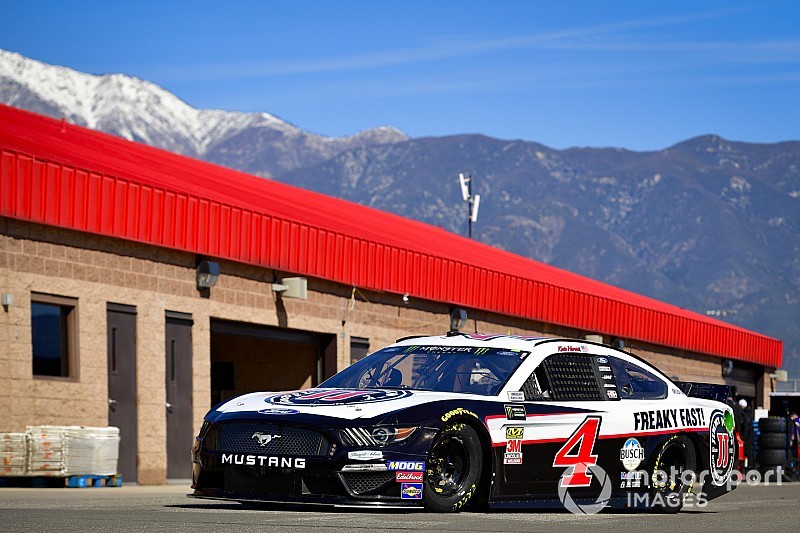 Harvick’s average lap speed of 175.867 mph topped the leaderboard and he set the mark very early in the 50-minute session.

“Auto Club Speedway is by far one of my favorite tracks we go to. It’s top three on my list as far as tracks that I’m excited to go to, just for the fact that the asphalt is so worn out,” Harvick said.

“It is very similar to Atlanta in a much different shape of a race track. It’s a very unique race track because it is so wide and you have so many options to run all over the race track. When you add in the tire falloff, then it becomes strategy.

“There are so many things that come into play, but it has become a great race and a great race track to race on.”

Harvick has one career win at Auto Club, coming in 2011. In his last two starts at the track, he’s finished no better than 13th and wrecked early in last year’s event.

With about nine minutes left in the session, Kyle Larson appeared to tag the wall in Turn 4 while racing around Denny Hamlin but the damage did not appear to be extensive.

Keselowski had the fastest average lap speed of all the drivers who ran at least 10 consecutive laps.

NASCAR plans tweaks to prevent another "mockery" of qualifying