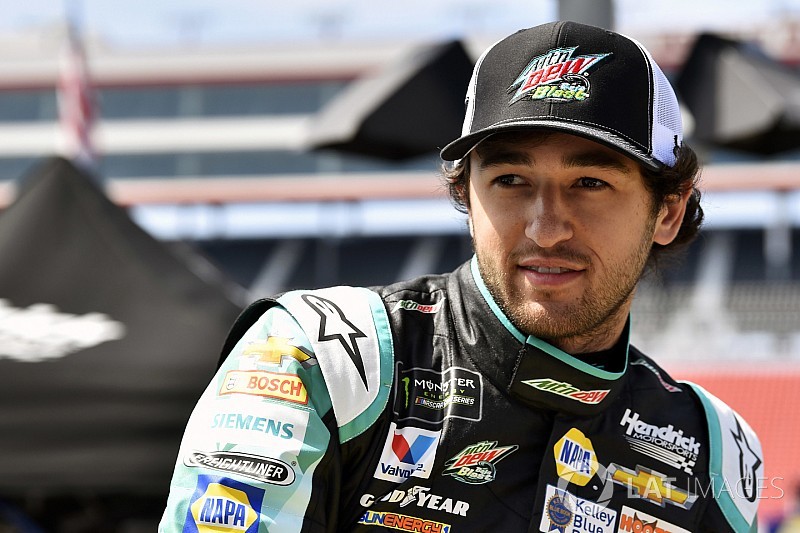 Mountain Dew will be a primary sponsor of Elliott and his No. 9 Camaro for four Cup series races each year through the 2020 season and will be featured as an associate sponsor in all remaining events.

“Like the Elliott family, Mountain Dew has a tremendous legacy in racing,” Rick Hendrick, owner of Hendrick Motorsports, said in a statement. “Chase’s performance on the track, lifestyle off the track and popularity with the fans make him a perfect fit for the brand.

“This new agreement will take our association with PepsiCo into our 24th season together. We’re extremely proud of our partnership and look forward to the many great opportunities ahead.”

Elliott, 22, earned 2016 Cup Series rookie of the year honors and is coming off his second playoff appearance in as many full seasons at NASCAR’s top level. The native of Dawsonville, Ga., is also the 2014 Xfinity Series champion.

“It means a lot to partner with a brand like Mountain Dew that has such a storied history in racing,” Elliott said. “I appreciate everything they’ve done for the sport, for our team and for me personally.

“We’ve been able to do cool things away from the track, from snowboarding in the mountains to riding ATVs in the desert. That aspect of the relationship is really fun, and I’m excited to keep it going for Dew Nation.”

PepsiCo, which has been involved in auto racing since the introduction of NASCAR’s premier division in 1949, teamed with Hendrick Motorsports under the Pepsi brand umbrella in 1997 as a sponsor of four-time champion Jeff Gordon.