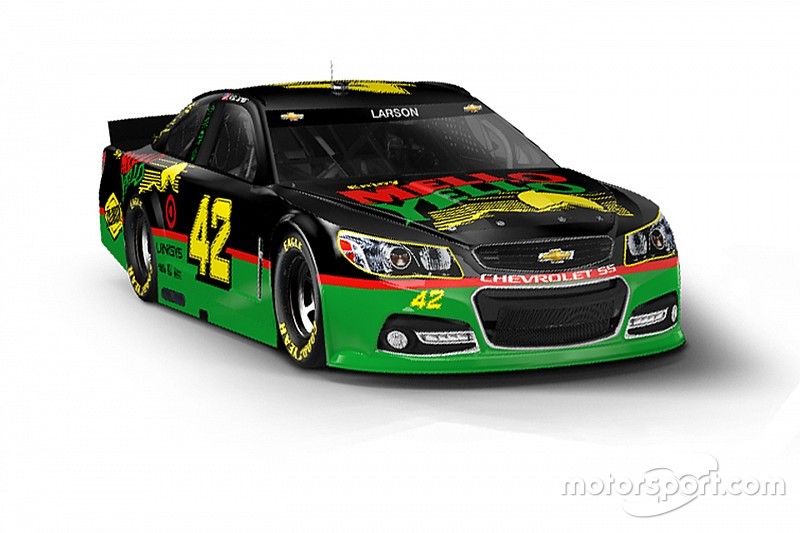 The famous Mello Yello car is back for NASCAR's Southern 500 at Darlington.

The throwback schemes continue for the Southern 500. Kyle Larson will pilot the No. 42 Mello Yello Chevrolet at Darlington, nearly identical in look to Kyle Petty's ride from 1991 to 1994.

The color scheme  was first made famous by actor Tom Cruise in the 1990 film, Days of Thunder. The car also has a special connection to Chip Ganassi Racing co-owner Felix Sabates.

"For me, having run this car with Kyle Petty earlier in my career, it is very special to see it on track again with Kyle Larson," said Sabates. "I’m sure this car will help add to the excitement that’s already surrounding this year’s Southern 500.

Larson, 23, finished eighth in his lone Cup start at Darlington in 2014. He had the following to say about this special scheme: “This paint scheme has such a cool history between the movie and Kyle Petty having run it for Felix, so I’m really excited to drive it. Days of Thunder is definitely one of my favorite racing movies, and I know it’s a favorite for a lot of fans too. 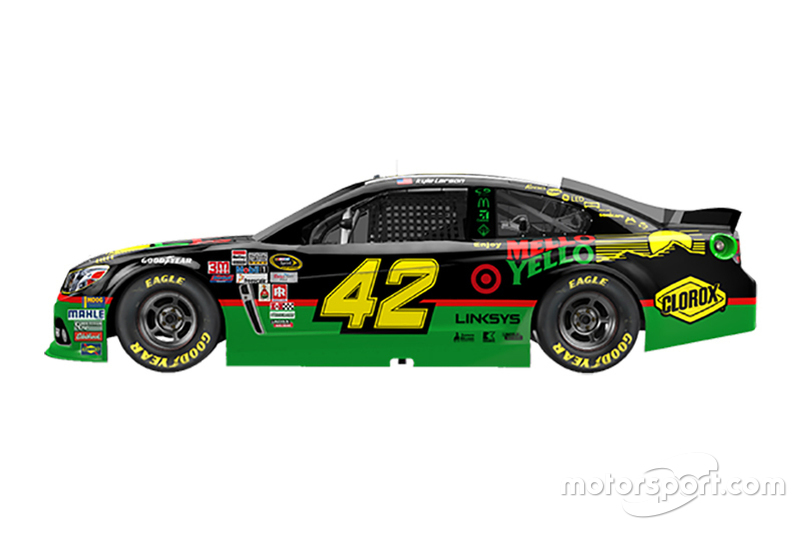 "The connection with Felix is pretty cool. Even though I was too young to watch Kyle Petty driving the Mello Yello car, I know people will remember the scheme from those days, as well as his crazy hair from back then. There’s just a lot of fun stuff surrounding this car, so I’m really glad that the Target team is able to run it for Darlington’s throwback race. I think the fans are really going to like it.”

Ricky Stenhouse Jr. is another driver running an old-school look, inspired by the No. 17 Ford Torino NASCAR HOF'er David Pearson drove to two of his three titles.

Sometimes breaking up is good to do