Austin Wayne Self to join the NASCAR Trucks in 2016 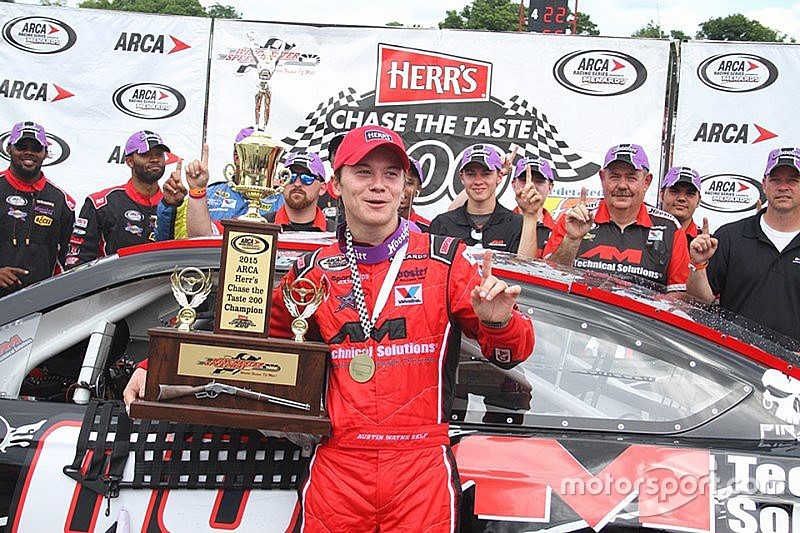 Austin Wayne Self, who finished second in the ARCA series standings this season, will move fulltime to the NASCAR Camping World Truck Series next season.

Austin Wayne Self, who finished second in the ARCA series standings this season, will move fulltime to the NASCAR Camping World Truck Series next season.

The 19-year-old native of Austin, Tex., will drive the No. 22 Toyotas for the newly formed AM Racing team and compete for series rookie of the year. AM Racing is owned by Austin’s father, Tim Self, a successful entrepreneur who founded AM Technical Solutions in 1994 to provide engineering and other technical services to advanced technology industries.

Austin earned his first ARCA win this past season at Winchester, Ind., and was that series’ rookie of the year in 2014.

“This is a dream come true for me,” Austin Self said. “I grew up dreaming about competing at the highest levels of NASCAR. I am very appreciative of this opportunity and look forward to working hard on and off the track so I can do the best job possible.

“I will have a lot to learn and will turn to our manufacturer and fellow veteran drivers for some key guidance.”

AM Racing has joined forces with Toyota Racing Development and will utilize a Triad Racing Technologies engine program for the season. The team is in the process of building a new stable of Toyota trucks featuring Kyle Busch Motorsports chassis and suspension components.

“A tremendous amount of work has been put into this AM Racing program and I can't wait to get to Daytona. I am very focused on putting my best foot forward on and off the track for the 2016 season,” Self said.

Self will make his series debut in the Feb. 19 season opener at Daytona International Speedway.