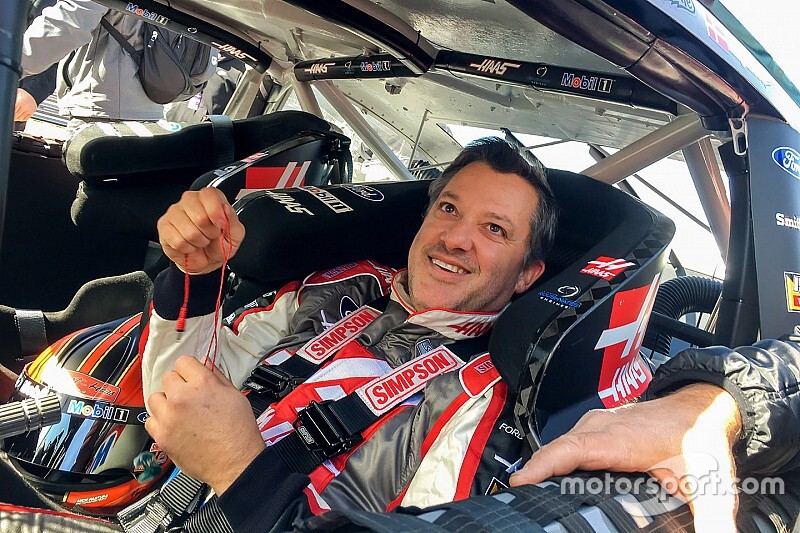 Stewart announced Wednesday that he will compete in the July 4 Xfinity Series race at famed Indianapolis Motor Speedway, which will be contested for the first time on the track’s 2.439-mile, 14-turn road course.

The three-time Cup Series champion has made 18 starts in the Brickyard 400 (winning twice), five in the Indy 500 and competed in four IROC races at the track but this will be his first Xfinity Series start.

“Everyone knows what Indy means to me, so I can’t think of a better place to race on Fourth of July weekend,” said Stewart. “It’s going to be cool making history by turning left and right in a stock car at the Brickyard, and the racing will be full of action and contact.

“Any time you can drive any race car at the speedway is special, and you know I’m going for the win. The date is already circled on my calendar.”

Details regarding Stewart’s car number, crew and primary sponsor will be announced closer to the race.

The infield road course at Indy has been utilized by IndyCar, Formula One, sports cars and MotorGP but this July’s race will be the first time NASCAR has used the course.

The Indiana 150 will mark Stewart’s 95th career Xfinity start and his first since the 2013 season opener at Daytona, when he earned his 11th series victory. It will also mark Stewart’s first NASCAR start since the 2016 Cup Series season finale at Homestead-Miami Speedway.

Stewart’s most recent road-course outing came in a demonstration run last October at Circuit of the Americas (COTA) in Austin, Texas. He took an SHR-prepared Ford Mustang specially outfitted with a passenger seat around the 3.426-mile, 20-turn layout providing rides for Haas F1 Team drivers Romain Grosjean and Kevin Magnussen.

“People sometimes say, ‘We miss seeing you behind the wheel,” and I’m like, ‘Well, you’ve just got to go to different places now’,” said Stewart, who has collected 23 sprint car wins since retiring from fulltime NASCAR competition following the 2016 season.

“I’m racing 100 times a year in a sprint car, but seeing some of these road-course races – especially the Roval at Charlotte – piqued my interest a bit, and running the stock car at COTA, it kind of fed my hunger. All of it has led me back to the place I’ve always called home – Indy.”