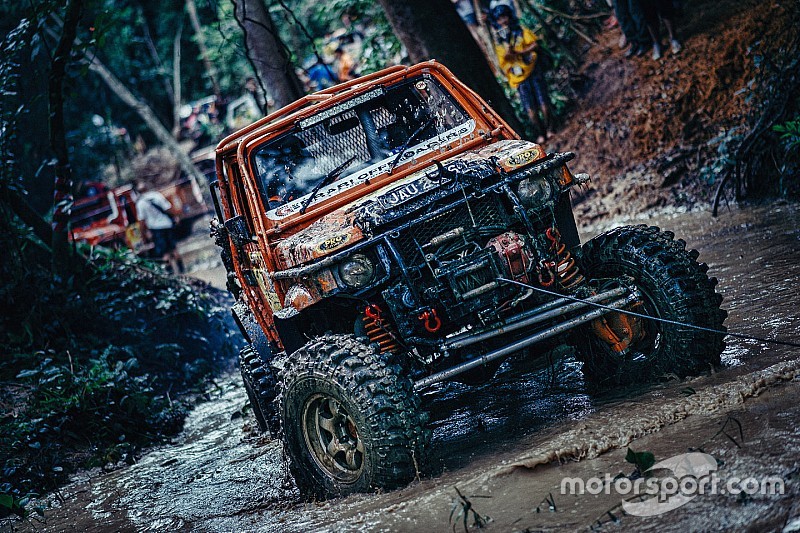 Gurmeet Virdi was in ecstatic mood after returning from the RFC Grand Final in Malaysia, having achieved his life-long ambition of winning the prestigious off-road event.

Virdi, along with co-driver Kirpal Singh, combatted stern competition to triumph in the Under 3,050cc category, becoming the first Indian team to win the ‘Mother Event’.

While their rivals were driving specially-prepared RFC vehicles, the Gerrari Offroaders duo had to do with a rented Suzuki Jimny.

Combined with the fact that it was Singh’s first international off-road event, Virdi was more than happy with the duo’s result.

“The feeling is incomparable,’’ he told Motorsport.com. “Participating in the RFC Grand Final and successfully finishing the entire event would have been enough of an achievement. But coming first in our category is like a dream come true.”

“During our flight to Malaysia, we had decided that we will return with the winner’s trophy. However, we faced reality when we saw some of the off-roading legends and their monster vehicles on the scrutiny day.

“Some of these people have been participating in RFC since the past 20 years and we were novices in front of them.

“They had spent years preparing their vehicles and had done some unbelievable modifications, while we were driving a hired RFC stock diesel vehicle contrary to the petrol one I generally use. So, it took us a day or two to get used to it.“

Both Virdi and Singh have a proven track record in off-road events, having most recently won the Indian Edition of RFC in July.

However, the stages in Malaysia were different to anything they’ve witnessed before, with a slushy terrain slowing them down and making life particularly difficult for co-driver Singh.

“The stages were quite different because there was a lot more slush compared to the India edition,’’ he explained.

“This made things very difficult for Kirpal as walking through the slush is a slow process, while the tasks had to be completed within a specific time.

“Moreover, the navigators in the Grand Final are not allowed to step out of the bunting. So, if Kirpal had to put a winch somewhere, he had to climb up and down the inclines to do so.”

Virdi also added that the two had to cook their own food in camps, having previously relied on their team members in India.

Considering the requirements of an event like RFC, competitors are inclined to spend heavily on modifying their vehicles.

However, Virdi has a different approach to the event - and feels teams should instead focus on improving their own techniques.

“The trick, according to me, is not to overdo things,’’ he said. “Prepare a stock vehicle with basic modifications, which would cost you a few lakhs.

“Then, as and when required, keep adding equipment gradually. Rather than vehicle modification, spend time and effort in improving your technique.

Looking ahead to next year, Virdi says his first priority is to win the RFC India again - doing so will gain automatic entry to the final event in Malaysia.

However, the Chandigarh-based driver remains pessimistic about finding a contemporary car that will allow him to move up the ranks in the overall standings.

“So, the first hurdle would be to win the overall championship at RFC India 2017 in order to get an automatic entry to the RFC 2017 Grand Final,’’ he said.

“We are definitely going to give it our best shot. As far as the vehicle for the Malaysia event is concerned, people there don’t readily give out their RFC prepped vehicles on rent. So, we have to manage with whatever we get.“