BMW has completed its line-up for the joint-races between DTM and SUPER GT at Fuji next month with Marco Wittmann, completing the seven-car DTM field. 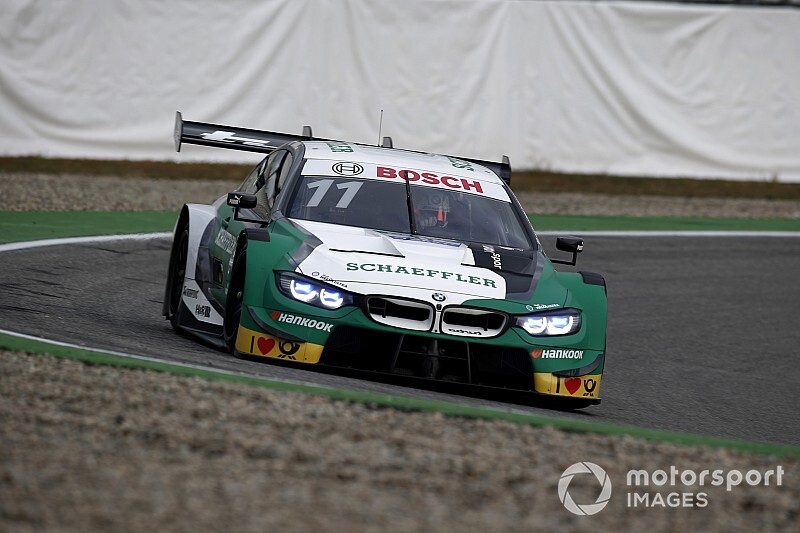 BMW motorsport boss Jens Marquardt told Motorsport.com at Hockenheim last weekend that he had no concerns over the inexperience of his line-up, with Kobayashi yet to drive the M4 DTM and Zanardi's experience restricted to a 2018-spec BMW at Misano last year in his guest outing.

Motorsport.com understands Wittmann's inclusion in the line-up comes after BMW elected to wait until it was clear which driver would finish as its top representative in the driver standings, the same method Audi used to pick Mike Rockenfeller to complete its roster.

“Having finished the 2019 DTM season in third place, Marco Wittmann now completes our ‘Dream Team’ for the ‘Dream Race’”, said BMW motorsport boss Jens Marquardt, who confirmed that RBM will run the M4 DTMs in Japan.

“Marco is the most successful BMW DTM driver of recent years and is, therefore, the ideal ambassador to represent our DTM programme in Japan. We now have a strong driver line-up, with Alex Zanardi, Kamui Kobayashi and Marco. The journey to Japan is a trip into the unknown and an adventure for all of us.

"However, BMW Team RBM is an experienced DTM team that also knows all about the challenges posed by races in other countries. We are very well prepared for Fuji. The ‘Dream Race’ will be a fantastic event and we are all really looking forward to it.”

Wittmann added: “It's great to be part of the ‘Dream Race’ in Fuji. Alex Zanardi, who is an idol of mine, Kamui Kobayashi and I make a strong team.

"I am looking forward to the race and the event as a whole, and to SUPER GT in particular. We have already seen what a great welcome the three cars from Japan received at Hockenheim.

"That shows that the DTM is going in the right direction with regard to the future. Of course, it will primarily be a show event but when the lights go green, you just want to be successful. So my aim is to be competing right at the front. I am looking forward to it so much.”

Audi motorsport boss Dieter Gass admitted at Hockenheim that Treluyer was not picked purely for his SUPER GT and Formula Nippon titles, but because he is also the team's current DTM reserve driver.

The seven-car DTM field will take on the 15 GT500 entries from SUPER GT, although 2009 Formula 1 world champion Jenson Button will not drive for his Kunimitsu Honda squad.

R-Motorsport Aston Martin will also not appear at Fuji, having decided to focus on its 2020 preparations instead.

Wittmann: 2020 a "character-building" year for BMW

Wittmann: Wrong to suggest BMW back in DTM title fight