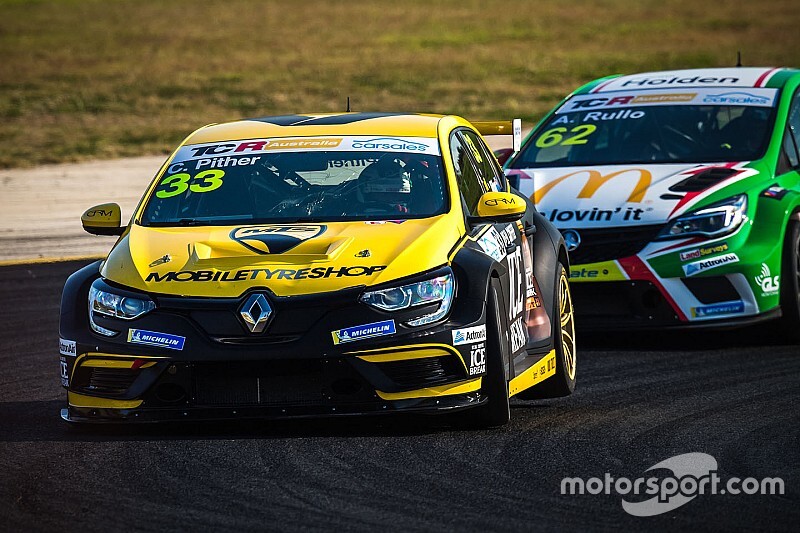 O'Keeffe, who finished second to champion Will Brown last season, will switch from an Ash Seward Motorsport-run Alfa Romeo to a GRM Renault Megane for the upcoming campaign.

The deal is a continuation of O'Keeffe's relationship with the GRM squad, which started with a Super2 deal last year as well as a one-off Supercars appearance when Richie Stanaway was stood down on the Gold Coast.

He sampled the Megane for the first time during a private test at Sandown on Monday.

“I had spent that much time around the Renault TCR car at work, I felt like I knew it intimately before I even got behind the wheel, so it was cool to finally turn some laps in anger,” O’Keeffe said.

“Compared to the Alfa, the biggest difference is with the gear selection; it’s the only car in the field that doesn’t have paddle-shift, but I got used to it very quickly.

“In terms of performance and handling, it feels very similar to the Alfa. The fundamental driving style is much the same.

“We had a good setup out of the box at Sandown, and I was able to punch out some competitive times throughout the day.”

Cameron will also work in the team's fabrication department during the week, following the footsteps of the likes of Lee Holdsworth, Scott McLaughlin and James Golding.

"It’s great to be back in my second year of TCR and I’m really excited to join GRM,” said Cameron.

“They have a massive heritage in Australian motorsport and hopefully we can work together well and get this Peugeot up the front.

“Last year was great with Melbourne Performance Centre. They got me on the map and we enjoyed some good results – a race win in the last round at The Bend, plus third win the championship.

“This year with GRM, we are hoping to be back in the top three and we’ll see where the year takes us."

Dutch GP might not run in 2020, admits race chief